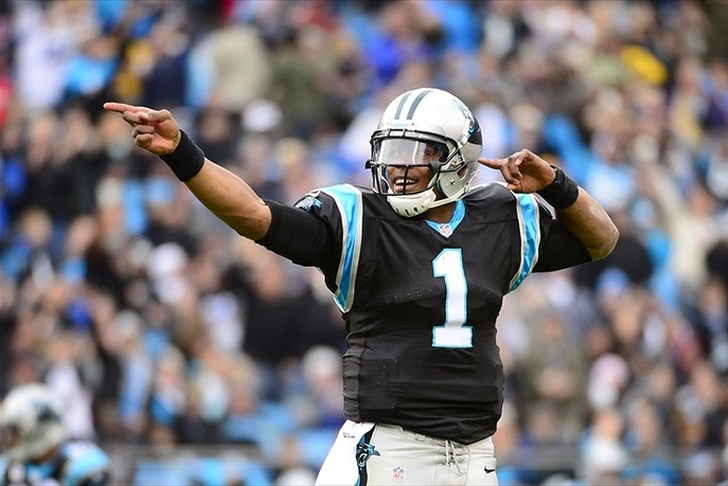 It was an odd week in the NFL, and every gambling expert in the known universe probably started looking on Craigslist for those weird things called real people jobs (Thank you Tampa Bay! We appreciate your time, Minnesota! @#$%#%$^ Jacksonville!)

So, it's time to put fears of losing large sums of money on football to bed. Chat Sports is here with four of our most opinionated football junkies to give you our picks for where to focus your hard earned dollars this week.

We will be keeping record of our wild successes and failures for your admiration and/or amusement. The winner at the end of the year gets bragging rights, and maybe some money (based on applicable gambling laws in the states they currently reside.) (Or not.)

Let's do this. (All lines courtesy of vegasinsider.com as of Wednesday, 11/13)

The team that laid an egg against the Rams at home against the team who gave the Jaguars one glorious victory for their NFL Films highlight reel. Advantage: pissed-off Andrew Luck.

With news that Matt McGloin may start in place of an injured Terrelle Pryor, it looks like Oakland's improved defense is just enough to give them the nod for the majority of our experts.

Everyone agrees the Jets should cover and win, which means everyone thinks that Geno Smith, Rex Ryan, The Ghost of Mark Sanchez, and the entirety of the New York Jets' franchise will be 6-4 after 10 games, and firmly in control of their playoff destinies...wow.

Josh McCown starts in place of an injured Jay Cutler. It speaks to Jay Cutler's diving stock (and a lack of faith in the Ravens) that this still isn't enough for the majority of our panel to pick the on again/off again defending champs here.

The Battle of Ohio is always a dogfight, regardless of records. Our panel is split, as week-nine AFC Offensive Player of the Week Jason Campbell (!) looks for a repeat performance against Andy Dalton and the Bengals.

The NFC East sucks. A lot. World-beating Nick Foles and a suddenly tied-for-1st-place 5-5 Eagles team may be the best of the bunch. The majority of our panel sees the Eagles climbing over the .500 mark and strengthening their playoff hopes.

No letdown expected here. An inspired Lions team looks poised to maintain and/or extend their division lead against a Pittsburgh team that still has more questions than answers after a solid victory over Buffalo last week.

Let this sink in: If Tampa Bay wins, as half of our panel sees as a strong possibility, the Buccaneers and the Falcons will be tied at the bottom of the NFC South at 2-8...which means the Atlanta Falcons will be players in the Clowney sweepstakes. Please, football gods? More chaos?

Carson Palmer may have more interceptions (15) than passing touchdowns (12,) but the Jaguars are still the Jaguars. Plus, if you haven't been paying attention, Arizona's defense is really, really, really good . Consensus says that the Cardinals will be 6-4 and in the playoff mix after this trip to Jacksonville.

Both teams have had Dr. Jekyll/Mr. Hyde seasons, but Miami is now in shambles both emotionally and from a football perspective after a demoralizing loss at Tampa. San Diego is the consensus pick.

This is the first of three marquee match-ups in week 11, and Vegas sees these teams as equals on a neutral field. Our panel sees the Superdome advantage and the Niners' offensive struggles against the Panthers as enough to make the Saints a unanimous pick to cover.

This game would have looked so promising in week 1. Now, we have Scott Tolzien leading a Rodgers-less and suddenly mediocre Packers team against a Giants' team that has a legitimate shot at the NFC East title at...3-6. This game is in the Vegas zone, so you should stay away as a better and probably as a viewer too.

Tom thinks the Vikings will ride the momentum of their victory last Thursday against Washington to a respectable performance in Seattle. The rest of the panel sees the 2nd loudest stadium in the NFL as just too much for whoever is quarterback for the Vikes to overcome.

The second of our three big-time match-ups for week 11 pits the undefeated Chiefs against a banged-up Peyton Manning and the Broncos. Some pundits are saying the Chiefs at the worst team ever to start 9-0. The majority of our panel thinks otherwise. This should be fun.

The last game of the week might be one of the best, if not the most interesting. Carolina looks inspired after a defensive master clinic in San Francisco, and New England is rested and dangerous after a Belichick-bye. Our panel is split as we get a "sorry, my bad!" from ESPN Monday Night Football after giving us Miami/Tampa Bay last week.

Derick Hutchinson: Can the Detroit Lions win the NFC North?