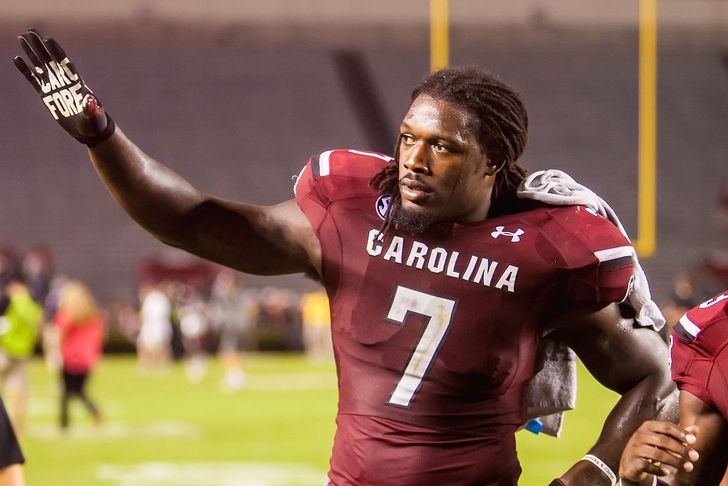 Per Curtis Crabtree of Pro Football Talk, Warren Sapp had some choice words about Clowney's work ethic on the NFL Network Monday night:

“My grandfather taught me something a long time ago. He said ‘You will never get more money by doing less work,’” Sapp stated, via information obtained from the Houston Chronicle. “I look at Jadeveon Clowney’s (game) tape and I don’t see a guy that is playing the game with his hair on fire, making plays, running up and down the field sideline to sideline, doing all of the things.”

Sapp wasn't done with his pointed remarks toward the potential

top-five pick in May's NFL Draft, calling into question Jadeveon Clowney's preparation and ability to make the leap to the NFL:

"That’s the real issue with me: What else is he doing not waking up?” Sapp added. “The next job you have is rushing the quarterback, young man, getting ready for the NFL. If you wake up every morning and you’re not ready, prepared to go out and do the things you have to be to be a [defensive] end, outside linebacker – a pass rushing specialist – what else is there?”

Warren Sapp joins ESPN's Merril Hoge and a host of other unnamed executives and former players who have come out and taken Clowney to task for his perceived lack of passion for the game.