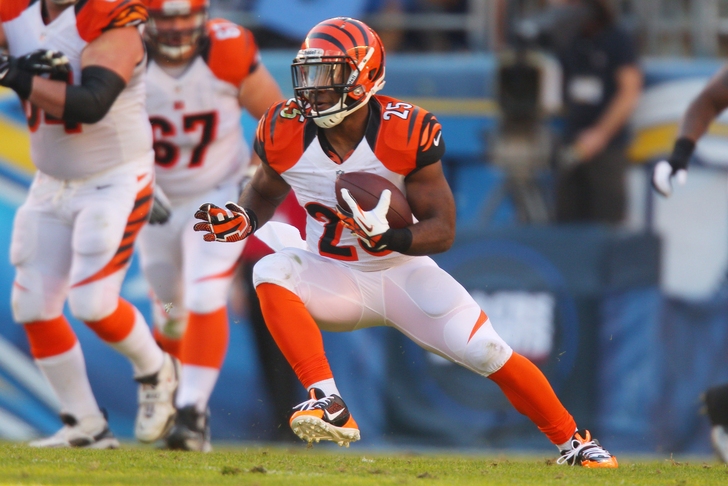 Cincinnati running back Giovani Bernard was one of the most explosive running backs in the NFL last year in his rookie season, but had been limited through the Bengals first four games of 2014.

Bernard didn't have a carry over 20 yards on the season until today - and he changed that in a big way.

Bernard's 89-yard touchdown run gave the Bengals a 14-7 lead against the Panthers in a battle of division leaders, and is the longest run Carolina's defense has given up this year.