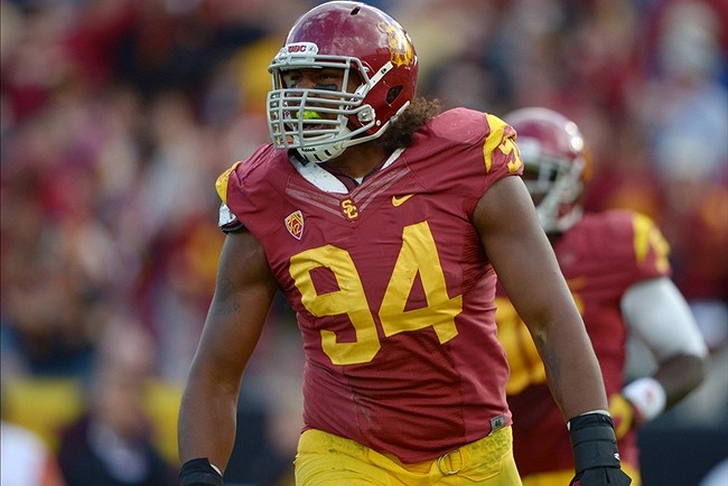 He might not get taken #1 overall pick (the teams picking early have a long list of needs, and a defensive lineman isn't always at the top), but scouts are close to unanimous when it comes to which player has the brightest NFL future: USC's Leonard Williams.

A versatile lineman who can fit into any defensive scheme, Williams turned heads with his drive, motor and freakish athleticism. Through all of USC's coaching turmoil, Williams has been a constant on their defensive front, and his numbers haven't slipped despite playing in three entirely different defensive schemes as a Trojan.

This highlight reel, via JustBombsProductions, is a great way to quickly get familiar with someone you'll be seeing on Sundays in the near future: