VIDEO: Johnny Manziel Finds Out The World Saw Him Flip Off Washington's Bench 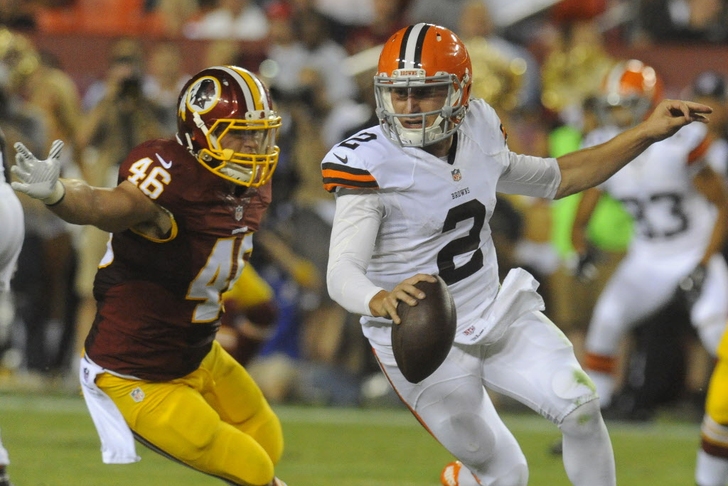 This might be even better than the original GIF itself.

Johnny Manziel, as you've probably heard, decided to give Washington's bench the one-finger salute in last night's Monday Night Football game. Seemingly unaware that every move he makes is being tracked by at least six different ESPN cameras, Manziel apparently thought no one noticed...but unfortunately for him, everyone noticed.

This video captures the exact moment (or so we're told) that Cleveland's PR chief told Manziel that his middle finger was the top trending topic on Facebook, Twitter, MySpace and Friendster: