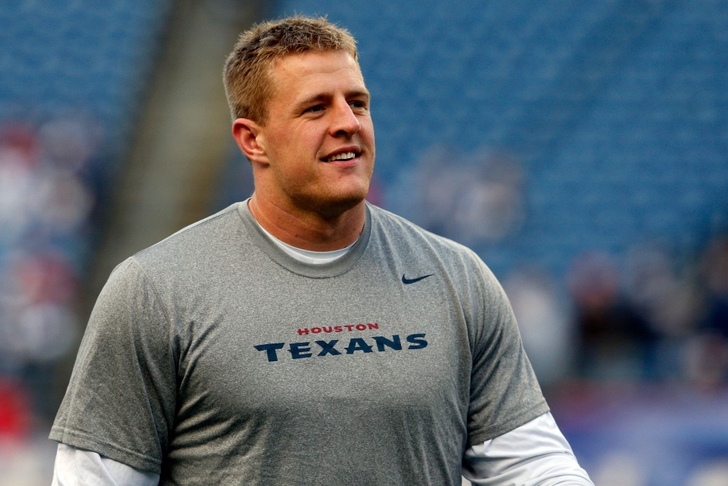 Houston Texans defensive end J.J. Watt is well on his way to winning his second Defensive MVP award, but that didn't stop him from stopping by a local football field and talking to a youth football team.

It's one thing to talk to kids about the value of hard work, but Watt actually has practiced what he's preaching.

He started his college career as a tight end at Central Michigan, but transferred and walked on to Wisconsin's football team, where they switched him to defensive end.

Watt became a dominant force and was drafted 11th overall by the Texans in 2011, and he's been the most productive defensive player in the league since then.