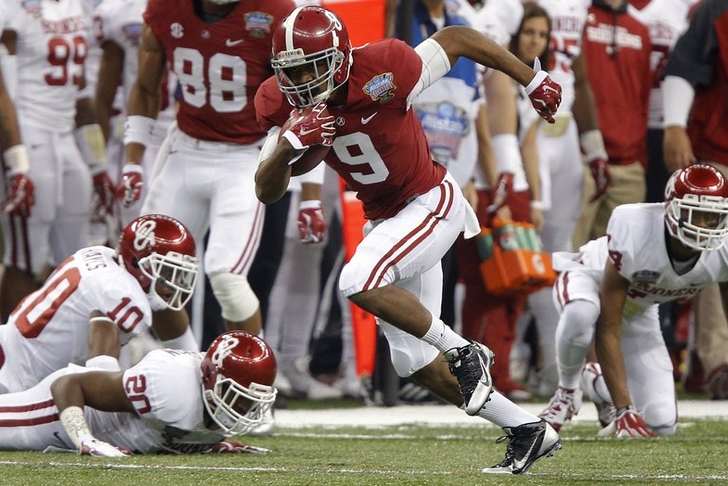 Wide receiver is perhaps the deepest position in this year's draft class with plenty of prospects who will make an immediate impact at the next level. Here are the best of the best: Perriman is rising quickly in many mock drafts because of his size (6'1", 212 lbs.) and 4.26 40-yard dash time, yet we're not putting him too high on our list because of his inconsistency. He has all of the physical tools to be an impact player in the NFL, but he needs to work on reading defenses and his route running. Agholor started the year as one of the top two or three receiver prospects, but has fallen down draft boards because of his slight frame and questionable toughness. He still has very reliable hands and quickness that will translate well to the next level - just don't expect him to develop into a true No. 1 receiver. Green-Beckham comes with some serious character concerns stemming from two separate burglary and assault charges while at Missouri, but there's no doubting what this 6'6", 240-pound wide out can do on the field. He's an excellent red zone target with amazing speed for his size, but needs to develop his route running and consistency to reach his full potential.

Strong is the most physical receiver in the draft, and his toughness will serve him well in the NFL. He's not afraid to go over the middle and take on defenders, and his strong hands help him win most 50-50 balls that come his way.

Parker needs to add some muscle, but his 6'3" frame and incredible hands have him as a top 10 overall prospect. He's already an excellent route runner and is great at creating separation.

White has the size (6'3", 215 lbs.), speed (4.35 40-yard dash), and ball skills to be a No. 1 receiver right away in the NFL. The only thing White doesn't do well is consistently make defenders miss in the open field, but he's already elite at everything else. Cooper is the best receiving prospect since A.J. Green and Julio Jones, both of whom had an abundance of immediate success in the NFL. He's the best route runner in the class, he consistently burned SEC cornerbacks with his speed, and his hands are among the most reliable in the draft. Cooper is one of the rare college prospects that are "sure things" at the next level.