This Bizarre NFL Rule Will Have You Shaking Your Head 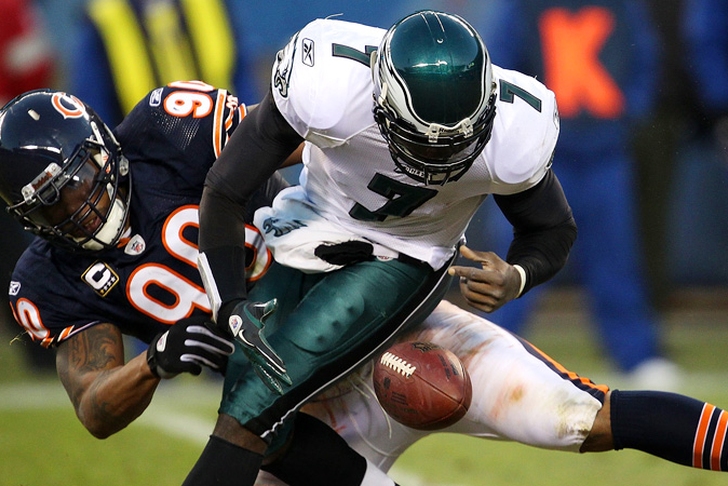 Just seven years ago, one of the weirdest rules still standing on the NFL's books was applied in a tense NFC showdown between the Chicago Bears and the Philadelphia Eagles.

Per Mark Maske of the Washington Post, "the Bears and Philadelphia Eagles were tied at 9 early in the fourth quarter at Lincoln Financial Field when Chicago quarterback Brian Griese had a snap by center Olin Kreutz go through his legs, untouched by Griese. The ball rolled behind the quarterback and was picked up by Eagles safety Sean Considine, whose return put his team in position for a go-ahead touchdown."

However, head referee Ed Hochuli would have none of it. He whistled the play dead and called a false start on the Bears, who ended up scoring a field goal on that possession and winning the game, 19-16.

Why did Hochuli blow the play dead exactly?

"If the ball is snapped in between the quarterback's legs, he has to be the one to get the ball," officiating supervisor Art McNalley told a pool reporter after the game. "Under these circumstances, it has to be ruled a false start. If he's in shotgun and the [ball] is snapped over his head, [it's a] clean play. Pick it up. Go ahead and go the other way. Everything's fine. The fact that he's taking the snap direct from the center [and the ball] goes through his legs, [the referee has] got to kill it right away, false start."

So, to recap: if a quarterback is directly under center and the ball is snapped between his legs without him touching it, it's not a turnover if a defensive player recovers it without the QB touching it first.

Why is the rule in place? To be honest, even McNalley has no clue.

"I don't know what the intent of the rule is," McNalley admitted, "but the ball has to be taken by the quarterback. If he doesn't handle the snap, then it's got to be a false start."

The NFL - where rules are made and no one knows why.