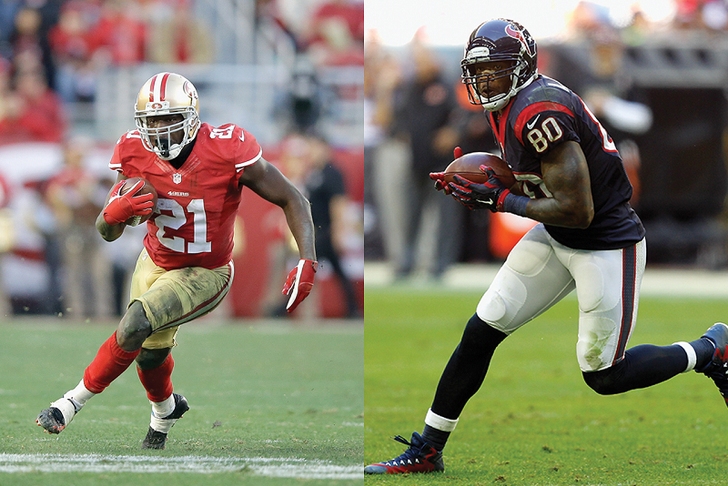 The fireworks of the 2015 NFL free agency period came early and often after the market opened on March 10th (and before it, too!), with a flurry of trades and league-shaking free-agent moves leaving everyone’s heads spinning. During that time, several NFL veterans ended up on new teams. Here are five that will make a significant impact in their new city: Dockett signed with San Francisco just a few days after being released by the Arizona Cardinals, but the 33-year-old is coming off a torn ACL. He had one of the best years of his career in 2013, and all signs point to him making a full recovery and having an impact on the field. San Francisco needs him to do just that and replace Justin Smith (retirement) on the interior of their defensive line.

Crabtree, 27, struggled with a case of the dropsies in 2014, posting a career-worst 10.3 yards per catch while hauling in just four touchdowns. However, Crabtree can still be a workable #2 receiver for a team when motivated, and he’s just two seasons removed from his breakout 1,105-yard, nine-touchdown campaing back in 2012. Crabtree still hasn't been signed, but it's clear he won't be back in San Francisco. If his head’s right, he’s the best wide receiver option out there right now. The 49ers said they wanted the 31-year-old back in 2015 and he said he wanted to stay in San Francisco, but for some unknown reason, they couldn't reach a deal. Gore has now taken his talents to Indianapolis, where his pass blocking ability and downhill running style fit perfectly next to Andrew Luck. Johnson didn't take long to find a new home after being released by the Houston Texans, signing with the division rival Colts just a few days later. Indianapolis thinks Johnson could come in and fill the void left by Reggie Wayne, giving quarterback Andrew Luck another reliable, top notch receiver. He caught 83 passes for 936 yards and three touchdowns while dealing with poor quarterback play in Houston, showing he still has a lot left in the tank.

Revis is 29 years old, and while the Patriots wanted to keep him around, the Jets were able to make him the highest paid cornerback in league history and pulled him away from the defending Super Bowl champs. He will provide an instant boost to a young defense without much veteran leadership, and the Jets see him as the guy who will anchor their defense for several years.