The Top 5 Quarterbacks of the 2015 NFL Draft 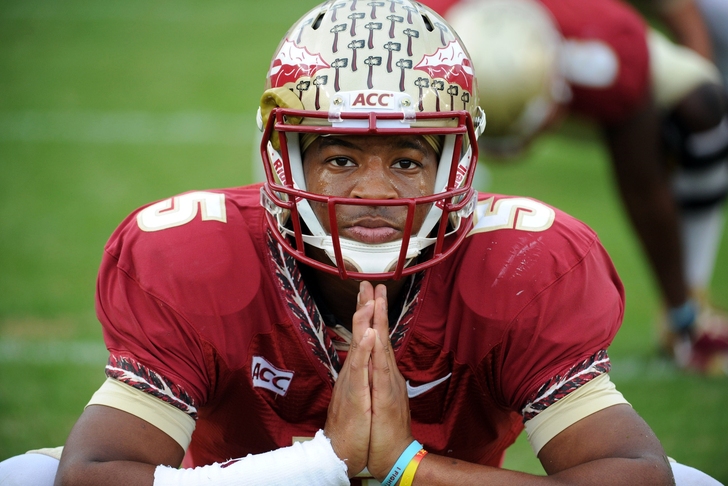 With the 2014 NFL Draft in the books, teams are beginning to assess the future of their franchises -- especially those teams which drafted a potential franchise quarterback? But, what if that doesn't work? What about the teams that passed on a quarterback in this year's event? In order to get you ready for the 2015 NFL Draft (just under a year away!), Chat Sports is proud to present to you...

The Top 5 Quarterbacks of the 2015 NFL Draft Class

Braxton Miller is a dual-threat quarterback in its truest sense. In 2013, Miller passed for 2,094 yards and ran for 1,068 more -- combining to score 36 total touchdowns. If Miller can stay healthy (and that is a very big if), Miller's stock will rise dramatically over the course of the 2014 season. A four-year starter with unlimited athletic upside, Miller's raw physical gifts could make him a dark horse first-round pick. If he can learn to protect himself on the run, several NFL teams may come calling next season.

Some will worry about how the loss of first-round pick Brandin Cooks will affect Mannion. Those worries are unnecessary. Mannion set a Pac-12 single-season record in 2013 with 4,662 passing yards, and new offensive coordinator John Garrett still thinks there's room to grow -- “You know what? It could have been 6,000,” Garrett said, via Gina Mizell of Oregon Live. “There’s always room for improvement.”

If that "improvement" occurs in 2014, Mannion's familiarity with the Beavers' pro-style offense could vault him over some of the trendier draft picks going into the 2015 season.

Brett Hundley's size and rocket arm are going to cause many scouts to salivate over what the kid might be able to do at the next level. He will only be a junior when the 2014 season rolls around, yet if he can improve his decision-making and footwork under duress, Hundley may not be able to pass up the opportunity of being a dark horse top-ten pick in the 2015 NFL Draft.

Out of everyone on this list, Winston's stock is the one that may fluctuate the most. He has the raw athletic ability, size, and pocket presence to be a number one pick in any other NFL Draft than this one. However, his delivery needs major work and his off-the-field issues may scare aware those teams who have character near the top of their scouting wishlists. A close-to-repeat performance of his 2013 Heisman Trophy season may be what it takes to cement Winston's place near the top-five.

Mariota may lead this draft class by a wide margin in "yeah, buts" -- "Yeah, but Marcus Mariota will be available in 2015!"

He's got the perfect package of great size and amazing mobility. If he can work on his vision in the pocket in 2014, Mariota may be the closest thing to a can't miss number one prospect we've seen in recent memory.