The Top 5 Quarterbacks Of The 2016 NFL Draft 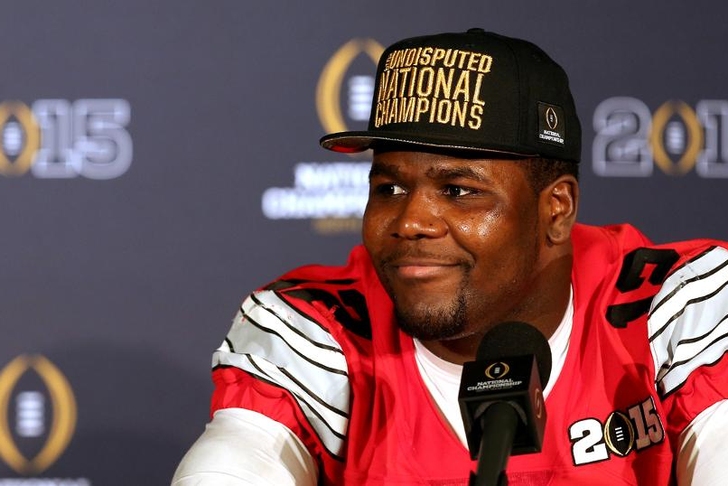 The 2015 NFL Draft is barely in the books, but that doesn't mean we can't make our way-too-early predictions for next year's proceedings. While Jameis Winston and Marcus Mariota begin their journey as franchise quarterbacks at the next level, these next five signal callers are just one year away from joining them. Here's our list of The Top 5 Quarterbacks Of The 2016 NFL Draft.

Goff broke out in 2014, posting a 62 perecent completion rate while amassing 3,973 yards through the air, 35 touchdowns and just seven interceptions. He is a pure pocket-passing threat who has a penchant for making the most out of limited skill-position talent. Imagine what he could do with some NFL weapons by his side...

Hackenberg struggled a bit at times in 2014, but he's still got a unique combination of size, speed, and a cannon arm to his credit. His pocket awareness and ability to stand up in the face of pressure has NFL scouts salivating, and his ability to move through his progressions efficiently and accurately could have him higher on this list by season's end.

Prescott is a pure dual-threat quarterback with upside. He completed 61 percent of his passes in 2014 while also racking up 986 yards and 14 touchdowns on the ground. With repeated reps in the pocket and a stellar 2015 campaign, Prescott could be a great scheme fit for a NFLhead coach who covets athleticism in their starting QBs (Chip *cough* Kelly). 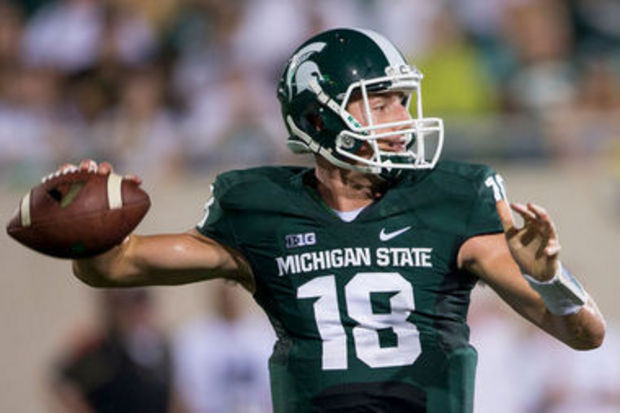 Cook has shown NFL scouts that he possesses a big arm, pocket presence, awareness and ability to sidestep the pass rush, and the smarts to make precision throws at the right times. In addition, Cook currently plays in a pro-style system and has shown improvement both in the pocket and out of it seemingly from week to week. If he can nail down his accuracy, Cook will be a high first-round pick in 2016.

Jones' upside is the biggest of any prospect on this list. At 6-foot-5, 250 pounds, Jones has an ideal NFL frame to go with a cannon arm and the ability to truck linebackers and defensive backs alike in the open field. He's eerily similar to Cam Newton in some respects, except he's got a little more natural strength to his credit. It's not guaranteed he'll leave Columbus after 2015, but he's bound to steal the 2016 NFL Draft if he does.