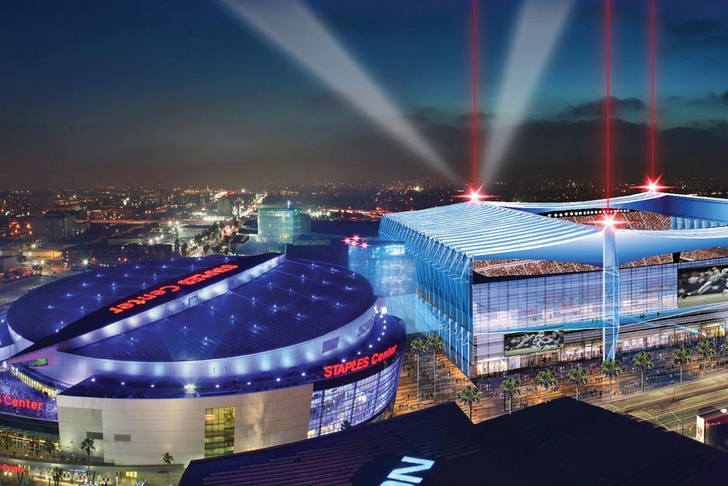 According to a ProFootballTalk report, the NFL believes it will have a team based in Los Angeles "within the next 12 to 24 months".

The report lists three teams that could be headed for Los Angeles:

The Oakland Raiders are a serious possibility, and they're currently in the midst of negotiating a new lease on the Oakland Coliseum. While a deal was reportedly "close" a month ago, negotiations have stalled, and all options are still on the table for owner Mark Davis. The Raiders publicly explored a move to San Antonio over the summer, but there have been rumors that the San Antonio news was merely a bluff to speed up a deal with Oakland.

The Raiders were based in Los Angeles from 1982 to 1994, playing in the Los Angeles Coliseum and winning the franchise's third Super Bowl.

The San Diego Chargers are also listed - the Chargers played in LA during their 1960 AFL season, but moved to San Diego the next year and have stayed there ever since. San Diego is closely monitoring the Los Angeles situation, since adding another NFL franchise in southern California would have a major impact on their financial situation.

The final team mentioned is the St. Louis Rams, who were known as the Los Angeles Rams from 1946 to 1994. Rams owner Stan Kroenke recently purchased a large plot of land in Hollywood Park, and has been proactive about increasing the profile of his sports holdings in recent years.

Kroenke also owns the NBA's Denver Nuggets, the NHL's Colorado Avalanche, the Colorado Rapids of MLS and several smaller-scale teams, but will relinquish control of the Avalanche and Nuggets by December 2014 because the NFL doesn't allow owners to own other major teams in their markets.

Stay tuned to our NFL page for more on this story as it develops.