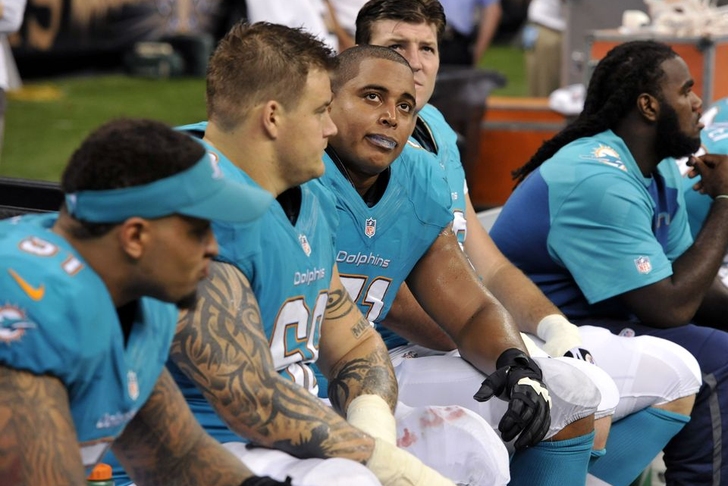 The texts definitely hurt Martin's case against Incognito - the two come off more as frat brothers messing around than a bully and a victim. While Martin does seem to grow weary of the partying that the two discuss almost constantly, Incognito supports him more often than not, and the insults are almost always reciprocated.

- Martin doesn't come off as the "fish out of water" Stanford graduate in a coarse, unfriendly locker room. Just as filthy as Incognito on several occasions, Martin texts his teammate an explicit picture of himself with strippers (on 6/1/2013) and doesn't seem at all bothered by anything Incognito says.

- The NFL will definitely pay close attention to the drug references in the texts - a message from Incognito claiming teammates showed up at an event "9 doobies deep" on 7/30/2013 will probably get some attention, despite the NFL's softening stance on marijuana.

For the full rundown, check out The Big Lead's article HERE.

Meet The Guy Who Lost $7 Million On The Super Bowl