The First Game At The 49ers' New Stadium Was A Disaster 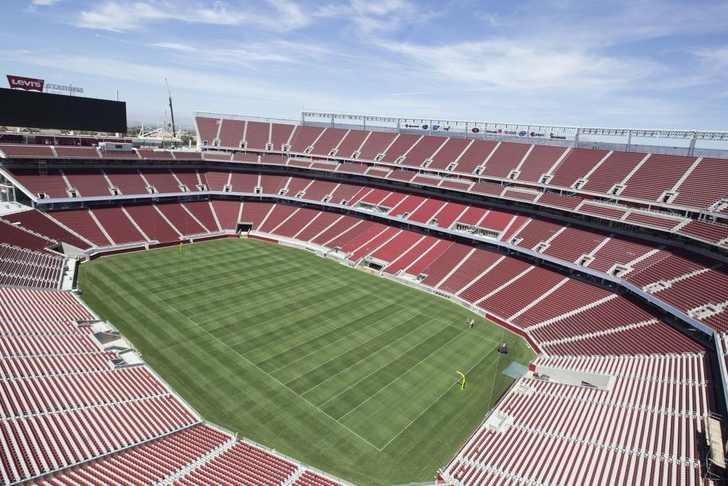 Levi's Stadium - the new, next-generation home of the San Francisco 49ers - isn't off to the start team officials had hoped for.

The Santa Clara stadium hosted a MLS match between the San Jose Earthquakes and the Seattle Sounders on Saturday, and there was plenty of room for improvement. Take it away, San Jose Mercury News:

"[By halftime], the barbecue concessions stands ran out of sauce, and other vendors had no hot dogs left. Some bathroom lines snaked dozens deep while some of the automatic toilets that were meant to save water flushed continuously. The heralded Wi-Fi system didn't let everyone log on."

"...a relatively small but very frustrated group of travelers had big trouble getting to the game in Santa Clara, with a couple of lots turning away prepaid, reserved customers while one chaotic scene unfolded on a train that lost power.

...a lot more attendees had a nightmarish trip home, waiting an hour to get out of their parking lot, while the longest postgame journeys were by mass transit, where it took some more than two hours to get back to their original station.

...while the freeways -- Interstate 880 and Highways 101 and 237 -- were smooth-sailing all night, many were stuck in traffic getting out of their lots, saying it took them around an hour just to get to the highway.

"It was the craziest thing I've ever seen. It was just chaos," said Christina Kolotouros of Woodside. "It's not going to work for a football game."

Obviously, this could all be fixed by the time the 49ers make their Levi's Stadium debut, and these issues are far from unsolvable. Still, it's somewhat concerning that this many issues could arise on a day when stadium attendance was just 48,765 of the 75,000 capacity...and at least 70,000 fans are expected for San Francisco's first preseason matchup.

According to the Mercury-News report, the 49ers remain optimistic, and 49ers VP of Stadium Operations & Security Jim Mercurio called the MLS game a "fairly good test".

The 49ers' first game at Levi's stadium will be their preseason matchup with the Denver Broncos on August 17th.