The Excellent Reason Why Khalil Mack Wore #46 In College 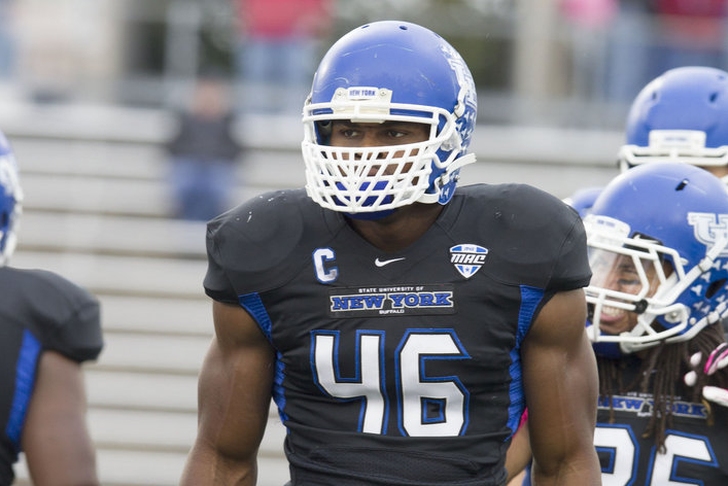 Khalil Mack is no stranger to overcoming expectations.

Barely recruited out of high school, he ended up developing into one of the nation’s top defensive players during his four years at Buffalo. He wasn't tabbed as a potential first-round draft pick until his senior year in college, when his dominant performances forced draft scouts to take notice.

A great Sports Illustrated piece on Mack and his rise to the top of NFL Draft boards reveals the reason why he decided to wear #46 – not a traditional number for linemen or linebackers:

Mack was drafted with the #5 overall pick by the Oakland Raiders, but NFL regulations forced him to give up his college jersey number. In the NFL, outside linebackers and defensive ends can't wear numbers in the 40s, so Mack decided on #52 instead.