The Best Game Of Each Week Of The 2015 NFL Season 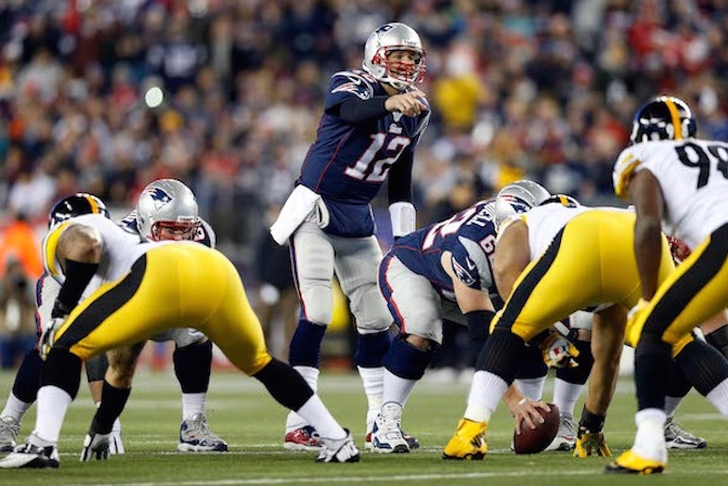 The full 2015 schedule has officially been released, giving us our first look at when next season's matchups will take place. Here are the marquee games from each week of the regular season:

The defending Super Bowl champs will kick off the season at home against a Steelers team with championship aspirations.

The whole city of Green Bay wants revenge for their loss in last season's NFC Championship game against the Seahawks, which should make for an electric atmosphere between two top teams.

Two of the top quarterbacks in the game (Manning, Stafford) are trying to lead their teams back to the playoffs, and a big early season win would do a lot to help both.

One of the best rivalries in the sport kicks off an exciting week of NFL action on Thursday night.

Dallas is looking to prove they're a true Super Bowl contender, and there's no better way to do it than to beat the defending champs.

A rematch of last season's AFC Championship Game will pit Tom Brady against Andrew Luck, two of the elite quarterbacks in the league.

Another huge rivalry will put two divisional foes against each other on Thursday night, with this game undoubtedly playing a big factor in the NFC West race.

Last year's MVP (Aaron Rodgers) will go up against Peyton Manning, who has won more MVPs than anyone in NFL history.

Peyton Manning will be facing his former team and Andrew Luck, the best young quarterback in the NFL.

Two playoff teams and division rivals will face off in a battle for playoff positioning.

New Bills head coach Rex Ryan will carry over his rivalry with the Patriots to his new job, and this game will feature a showdown between Buffalo's elite defense and New England's unstoppable offense.

Tom Brady vs. Peyton Manning, and a rematch of the AFC Championship Game from two years ago.

Chip Kelly and the high-flying Eagles will take on the defending champs in Foxborough.

These two teams played one of the best games of the year in the NFC Divisional Playoffs, and the Cowboys will be looking for revenge in Green Bay.

Peyton Manning will take on Ben Roethlisberger as the Broncos and Steelers will battling for playoff positioning in the AFC.

Two playoff teams from last year will be squaring off in another battle for playoff positioning in the AFC.

Miami has missed the playoffs by one game in each of the last two seasons, and while they should be better after acquiring star defensive tackle Ndamukong Suh, this game could have major playoff implications.