The 4 Worst Playcalls In Football History 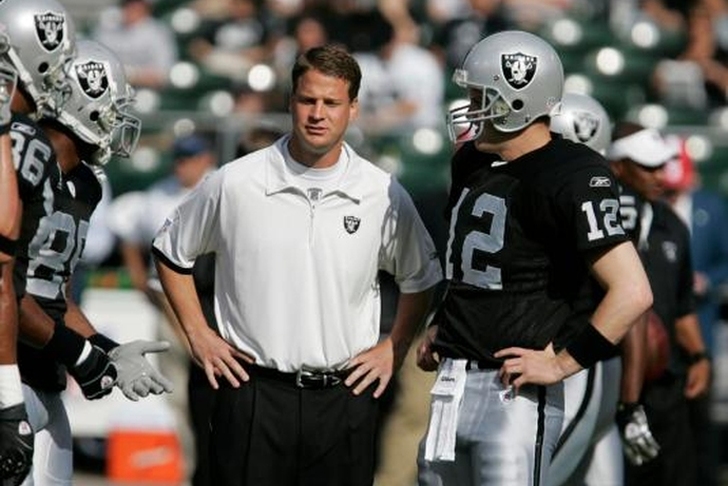 With Super Bowl LII kicking off on Sunday, we're sure to see plenty of flashbacks to Malcolm Butler's game-winning interception in Super Bowl XLIX. If you forgot, here's the deal: the Seahawks had the chance to win the game at the goal line, but instead of handing off to human wrecking ball/Skittles enthusiast Marshawn Lynch, they threw a short slant that the Patriots intercepted, ending the game and making a lot of people in the Pacific Northwest very mad.

The reaction was fierce and swift, with columnists, hot take-spewers, and hyperbole-loving websites immediately deciding it was the worst call in the history of football. Really, though, it wasn't even close.

Sure, in hindsight the Seahawks should have given it to Lynch, but passing there probably would have given them three more plays before time expired instead of just two if they'd run it and gotten stuffed. There have been much, much worse play calls in football's long and not-always-glorious history, and while most didn't come at such inconvenient times, they still blow that one out of the water. Here are four much better contenders for the title of worst call in the history of the game:

4. Lane Kiffin calls for a 76-yard field goal
Look, Sebastian Janikowski is a fantastic kicker, and he can routinely nail field goals over 50 yards. That doesn't mean bringing him out to kick from 76 yards is anything close to a good idea, as Lane Kiffin discovered on a breezy afternoon in Oakland during his ill-fated stop with the Raiders:

3. "The Fainting Goat"
No one is 100% sure what this play is supposed to look like when it works, but everyone can agree that it looks absolutely hilarious when it doesn't:

2. Carl Pelini is not a smart man
The older brother of former Nebraska HC Bo Pelini, Carl Pelini had an ill-fated head coaching job of his own at Florida Atlantic. In the dying moments of a blowout loss to Miami, Pelini had the chance to put a little more gloss on the scoreline with a late score. Instead, he did this:

1. This can't be how the Redskins drew it up
We have absolutely no idea what this play was supposed to be, but to be perfectly honest, we like it better that way:

Have a play in mind that you didn't see here? Let us know in the comments section!

MORE:
The 10 Worst Super Bowl Commercials Of All Time