The 4 Best Linebackers In The 2015 NFL Draft 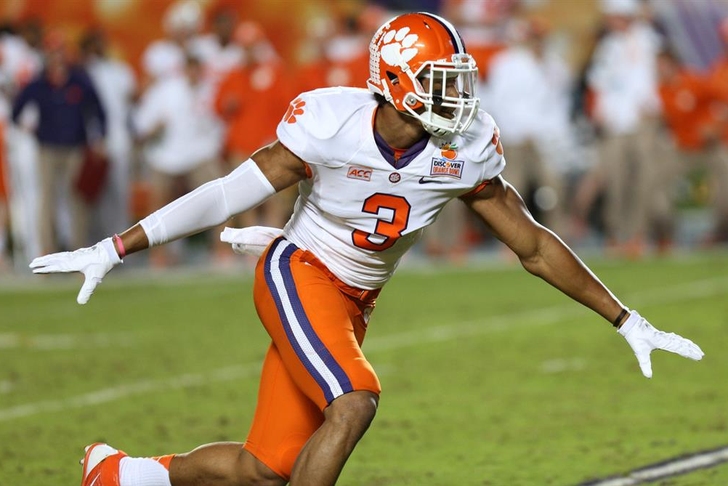 The 2015 NFL Draft is stacked with defensive talent...and if your team is looking for a new linebacker, they have plenty of interesting options.

If your team needs to add some muscle to the back of their front seven, these are the guys you should get to know - meet the four best linebackers in the 2015 draft:

A natural leader, Perryman has all the tools to be a starting middle linebacker in the NFL for years to come. While he isn't a physical monster like some of the other names on this list, he has the instincts and intangibles that teams love.

Perryman is equally proficient in run and pass coverage, and he answered some of the questions about his size by covering (and shutting down) opposing tight ends in multiple games for the Hurricanes this year. Look for him to go between the middle and the end of Round 1.

Beasley started out getting hyped as a defensive end, but over the course of the season it looked more and more like his NFL future lies at inside linebacker.

In 2014, Beasley had some fantastic games...and some others that were less impressive (he dominated against FSU, but Georgia's Todd Gurley made him look average). He'll need to get bigger and improve his mental consistency at the next level, but the expectations are still very high for Beasley.

Fowler has been one of the few bright spots for the Gators over the past two seasons, and he's been a consistent performer for a team that hasn't found very many players who fit that label.

Fowler's biggest strengths are his motor and his speed coming off the edge. Few players fight as hard as he does every down, and he showed remarkable quickness and athleticism for a college player. Better in pass coverage than run-stopping, Fowler will have to hit the weights if he wants to be an every-down player in the NFL.

Gregory is projected as a top-5 pick in most mock drafts we've seen, and if you watched him play much this past season, it isn't hard to figure out why.

Gregory is an elite pass-rusher more frequently listed as a DE, but he might be able to make his biggest immediate impact coming off the edge in a 3-4. He has excellent speed and quickness, but the mental side of his game is what makes him an elite linebacker prospect. If Gregory is drafted by a team that runs a 4-3 defense, he'll play as a defensive end, but if he ends up on a team that runs a 3-4, don't be surprised if you see him lining up as an OLB.

Gregory already has three solid moves in his repertoire - he can spin, swim or bull-rush his way to the quarterback, and he reads matchups and situations extremely well for a player of his age. Any highly-developed lineman who makes excellent decisions will have a very quick adjustment period to the NFL, and we think that factor - along with his physicality - makes Gregory the best linebacker prospect in this draft.