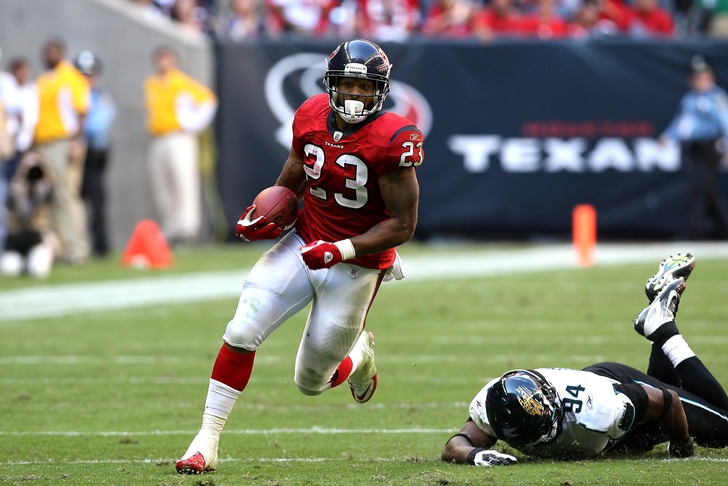 Outspoken Houston Texans running back Arian Foster let the NFL have it on Monday, ripping into the league for jeopardizing the health of its players by forcing them to play on short rest during Thursday Night Football contests.

"[The NFL] emphasizes concussions when they start getting hit with lawsuits and they care about the players' safety but Thursday Night Football is putting every player on the football field in danger," Foster said on Monday, via the Houston Chronicle.

When asked if he felt like the NFL Players' Union should work in concert with the NFL to address the problems and injuries that can arise from playing on such a quick turnaround, Foster expressed zero faith whatsoever in the independence of the union.

“Union and the league is kind of the same thing,” Foster said.

Foster also labeled the game as "annoying" for the players and lacking the quality to generate legitimate fan interest.

"I think it’s just the league’s way of trying to generate more revenue.”