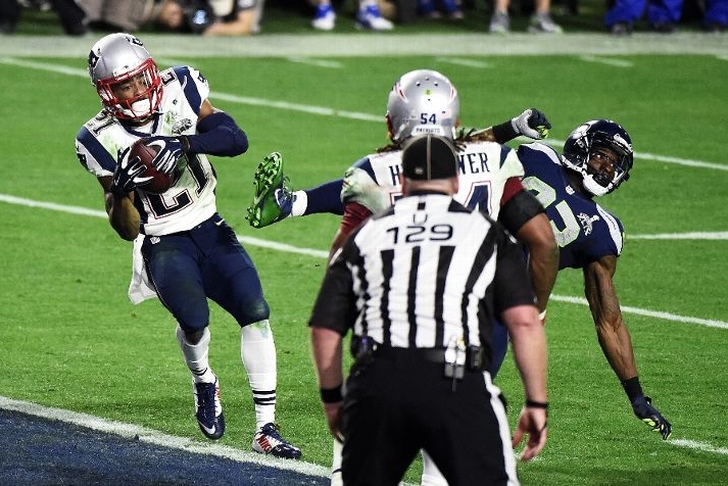 Both the New England Patriots and Seattle Seahawks got out to slow starts, but both sides traded touchdowns in the second quarter as the game was tied 14-14 going into halftime. Seattle then took control in the third quarter scoring 10 straight points, but a Tom Brady touchdown pass to Danny Amendola cut the lead to 24-21 with just 7:55 remaining in the game.

New England followed that up with a Brady touchdown pass to Julian Edelman with 2:02 left, and it looked like they were well on their way to a victory. However, the Seahawks moved the ball down to the one-yard line thanks to an absolutely miraculous catch from Jermaine Kearse, but Russell Wilson was picked off by Malcolm Butler in the end zone two plays later, clinching the Patriots' fourth Super Bowl.

This game was back-and-forth all night, but it wasn't decided until Butler's interception. Seattle looked satisfied to run the ball in the end zone to win the game with Marshawn Lynch, yet the Seahawks inexplicably decided to pass the ball.

Matthews is the latest Seahawks undrafted free agent to become a star, as they used his 6'5" frame to take some shots down the field. The rookie, who didn't have a catch in his NFL career before tonight, finished with four catches for 109 yards and a touchdown.

Tom Brady broke the record for the most touchdown passes in Super Bowl history (13) with four on the night, as well as the record for most completions in a single Super Bowl (37), all while leading the Patriots on a miraculous comeback.