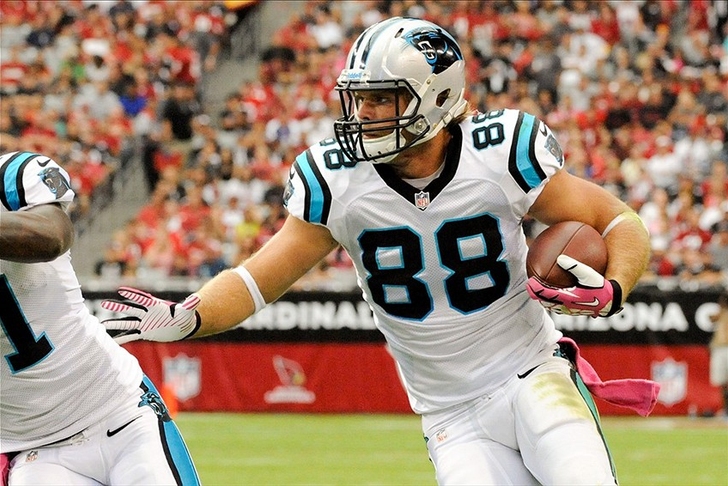 Welcome to week 13, Chat Sports! We're covering who to start and who to sit in your fantasy league this week. We're always looking for the not-so-obvious guys you can sneak into your lineup who can give you the edge you're looking for.

Last week was a success in both the starts and sits. The only miss I had for the starts was Hakeem Nicks, who ended up being inactive. The big miss on the sit was Antonio Brown, who had a dominant day scoring-double digit points.

I'm in nine different leagues, and look set to make the playoffs in eight of them. Some are sure bets and others are close. I've scoured the waiver wire and made solid trades along the way, and if you've  read the column all year, hopefully I've been able to help you find some guys to get you closer to that playoff spot as well. Every win counts, now more than ever. Here are few more guys to help along the way!

Andre Brown, NYG RB- Brown has been fantastic since coming off the injured reserve, scoring at least 9.3 points in his last three games. This week, he faces a Washington defense that is the second worst run defense when it comes to stopping fantasy backs. Look for Brown to have another solid week.

Fred Jackson, BUF RB- This week, Jackson faces an Atlanta defense that just two weeks ago made Bobby Rainey look like an All-Pro. Atlanta's 28th-ranked run defense should be exactly what you you're looking for if you own F Jax or CJ Spiller. Expect double-digit points for both backs this week.

Michael Floyd, ARI WR- Floyd had been on fire over the last two weeks, putting up 297 yards and a score. This week, he faces an atrocious Eagles secondary - they're dead last in the league when it comes to stopping the pass. With the Cardinals making a strong push for the playoffs, look for Floyd to have a big day this week.

Nate Burleson, DET WR- Coming back from his broken arm, Burleson had a big game last week with seven catches for 77 yards and a touchdown. Burleson is back just in time for the playoff run, which is great news for everyone who held onto him. Another solid day is in store against a bottom-five Green Bay pass defense.

Greg Olsen, TE CAR- There's being on fire, and then there's Olsen. He's scored a touchdown in four of his last five games. Cam clearly knows who to target in the red zone, and this week Greg faces a Tampa defense that has allowed the fifth-most fantasy points to tight ends.

Stevan Ridley, NE RB- It doesn't help that Ridley fumbled again last week, and it doesn't help that Shane Vereen is back. I expect Vereen to get the most touches out of the backfield on Sunday, which doesn't bode well for Ridley.

Lamar Miller, MIA RB- The good news for Miller owners is that Daniel Thomas is out for the year, freeing Miller up to finally get the bulk of the carries in Miami. The bad news is he faces the Jets' top-five run defense this week. More carries and nowhere to run with them won't help your team.

Trent Richardson, IND RB- T-Rich has been a colossal bust this season. If you didn't bail out on this backfield dancer, it probably cost you a playoff spot. Make sure Richardson is on your bench where he belongs, Donald Brown is Indy back you want.

Darren McFadden, OAK RB- Run DMC looks to be back this week, but coaches have said that Rashard Jennings will still start. McFadden's time in Oakland looks to be done. His time in your starting lineup should also be over.

Benny Cunningham, STL RB- Cunningham will get the start this week if Zac Stacy can't go. Now the clear backup in St. Louis, he's worth a stash after Stacy's concussion last week.