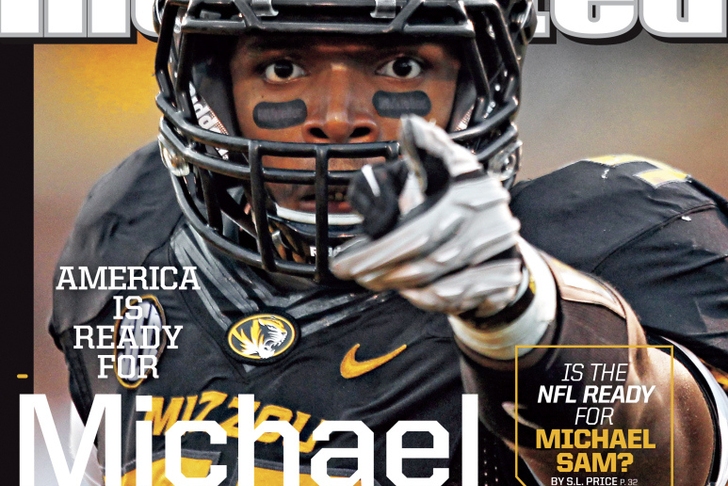 Sports Illustrated used this striking image of Michael Sam for the cover of their latest issue. Sam, who became the first openly gay NFL Draft prospect on Sunday, is projected as a 2nd-4th round selection. The 2013 SEC Defensive Player of the Year, Sam's draft stock has become a hot topic in the days following his announcement as multiple GMs anonymously told media sources that they believed his announcement would have a negative impact on his prospects.

The Most Underrated FBS Players of 2013