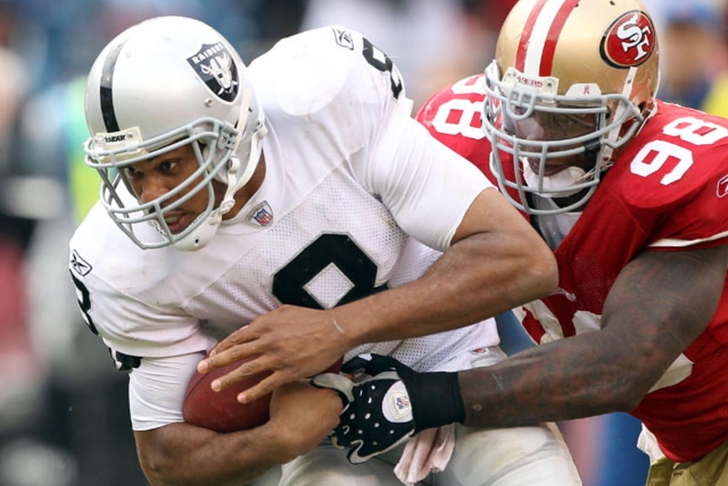 In a media appearance at the new Levi's Stadium in Santa Clara, Roger Goodell mentioned that the 49ers and Raiders could share the state-of-the-art facility if the Raiders end up leaving the Oakland Coliseum.

Raiders and 49ers fans quickly came together (maybe for the first time ever) to unanimously share their opinion on the idea. Spoiler alert: they weren't thrilled:

"Either the Raiders need to get a new stadium or share with the Niners." Roger Goodell, you just don't get it, do you?

Roger Goodell suggests 49ers share their new stadium with the Raiders, yea and why don't I share a bathroom with my 16 year old sister. — Ryan Tierney (@teardrop120) July 17, 2014

WHAT KIND OF PERSON SUGGESTS THAT THE RAIDERS CO-HABITAT W THE 49ERS? — Manveer Sandhu (@manveerksandhu) July 17, 2014