Rex Ryan and Marc Trestman Want To "Pair Up" 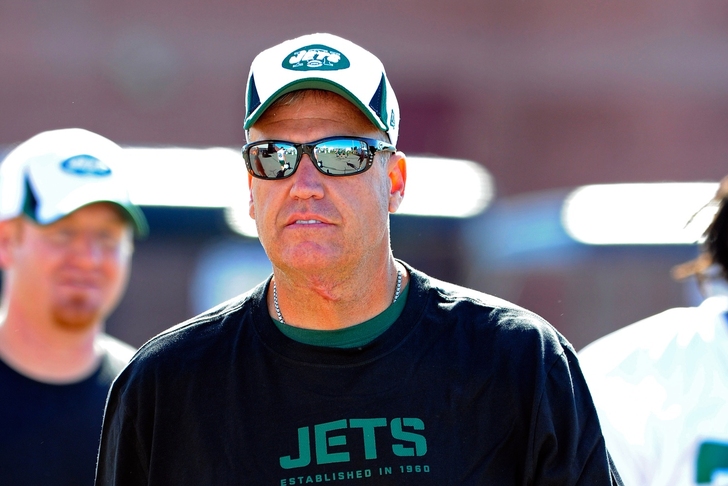 As Rex Ryan searches for his next head coaching job, it appears that ex-Bears head coach Marc Trestman is the man Ryan has tabbed as his future offensive coordinator.

According to Ian Rapoport, Ryan has pitched Trestman as one of his top choices to serve as offensive coordinator at his next NFL stop.

Ryan has recently interviewed with the Falcons, Bills and 49ers since being fired by the Jets.

Trestman, who was fired after two seasons as the Bears head coach, is being widely considered for an offensive coordinator spot among a handful of teams.

Despite his struggles at the helm of the Bears, Trestman has plenty of past experience as offensive coordinator for the Browns, 49ers, Cardinals and Raiders.

A head coaching job doesn't appear imminent for Ryan right now, but it looks like Ryan and Trestman will form a coaching duo somewhere in 2015 if that opportunity arises.