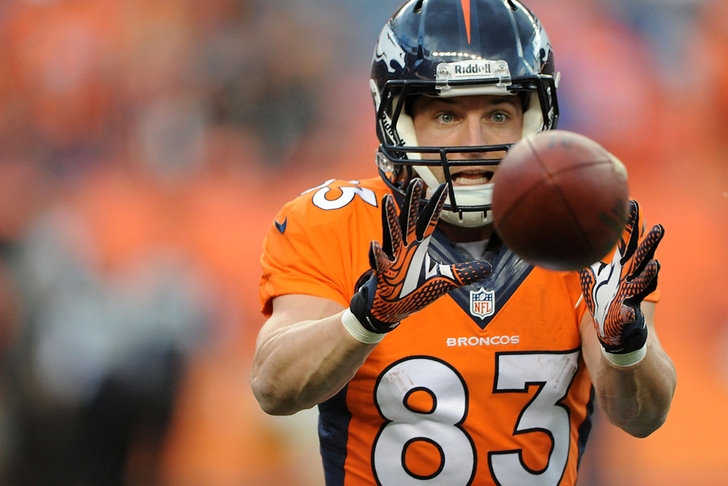 NFL players approved the terms of a new league drug policy on Friday, per sources close to Yahoo! Sports.

According to Yahoo's Rand Getlin, the change is expected to result in the lifting of bans issued to Denver Broncos wide receiver Wes Welker and Dallas Cowboys starting cornerback Orlando Scandrick, with the possibility that both could play as early as Sunday.

Both Scandrick and Welker missed Week 1 as part of four-game suspensions for amphetamine use levied under the old substance-abuse policy. Under the new terms, both first-time offenses will not warrant suspensions, leaving both fully available to their teams as soon as the policy takes effect.

No official word has been released on the status of Cleveland Browns wide receiver Josh Gordon's one-year ban under the old policy, but multiple sources are indicating that his suspension will be truncated to ten games (retroactive to Week 1) when the new rules are fully in place.

Want your NFL news whenever and wherever? Download our 5-star iPhone app and follow our NFL league page today!