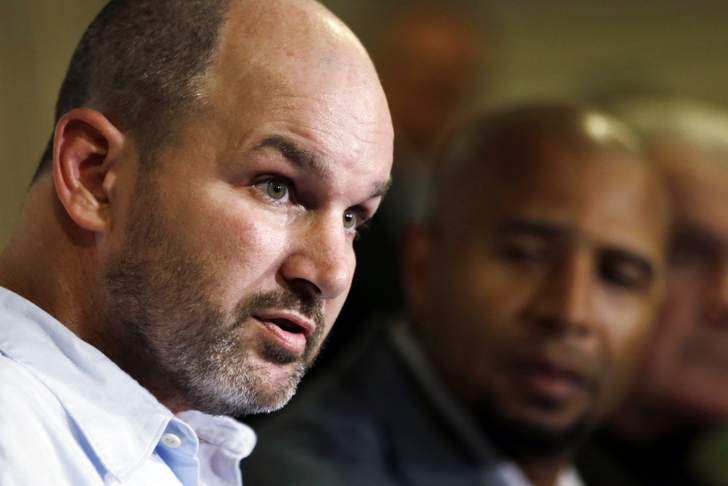 The National Football League has disputed evidence for years that its players suffer from an inordinantly high rate of severe brain damage cases.

However, per Ken Belson of the NY Times, the league "has stated in federal court documents that it expects nearly a third of retired players to develop long-term cognitive problems and that the conditions are likely to emerge at “notably younger ages” than in the general population."

The findings come from a pool of data collected by actuaries hired by the league, with the information being handed over to the U.S. District Court judge currently presiding over a settlement between the NFL and 5,000 former players. Those players had originally sued the league, claiming that the NFL had hidden the full dangers of concussions from them.

"Thus, our assumptions result in prevalence rates by age group that are materially higher than those expected in the general population,” the Segal Group report states, via Belson's article on Friday. “Furthermore, the model forecasts that players will develop these diagnoses at notably younger ages than the generation population.”

These statements represent the first full public admission by the league that football players sustain severe brain trauma at much higher rates than the general population. Furthermore, this study seems to back up what scientists have been claiming for years: that playing football increases the risk of developing major neurological conditions such as chronic traumatic encephalopathy, a degenerative brain disease that can only be spotted after an autopsy.

“This statement clears up all the confusion and doubt manufactured over the years questioning the link between brain trauma and long-term neurological impairment,” said Chris Nowinski, the executive director of the Sports Legacy Institute, who has been at the forefront of the battle with the NFL in regards to admitting the link between football and major brain trauma.

“We have come a long way since the days of outright denial," Nowinski added. "The number of former players predicted to develop dementia is staggering, and that total does not even include former players who develop mood and behavior disorders and die prior to developing the cognitive symptoms associated with C.T.E.”

Greg Aiello, an NFL spokesperson, declined comment on the matter and referred all future questions to a lawyer representing the league, Brad Karp.

The actuarial numbers were released for the first time on Friday by the NFL and representatives of the retired players who are suing the league. The statistics were used as a basis for the $675 million pool established last years to cover injuries and complications stemming from head trauma said players had suffered throughout their time in the league.