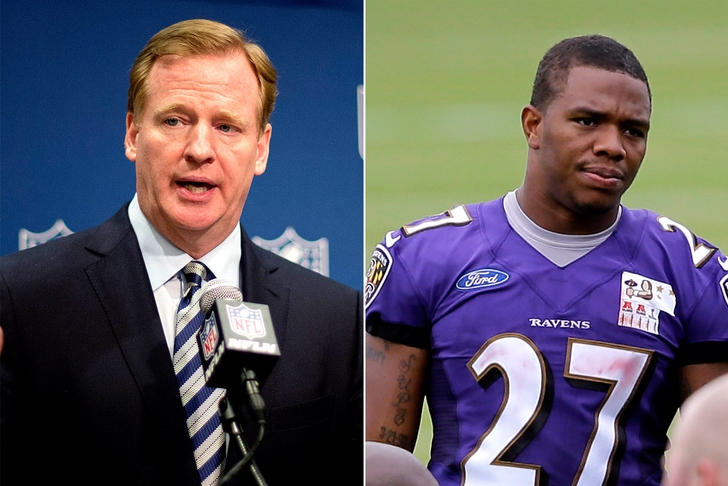 A law enforcement official stated to the Associated Press on Thursday that he sent the full surveillance tape of former Baltimore Ravens running back Ray Rice punching his then-fiancee in a casino elevator to NFL headquarters back in April, addressing it to the attention of the league's security chief, Jeffrey Miller.

"I unequivocally deny that I received at any time a copy of the video and I had not watched it until it was made public on September 8," Miller said in a statement, via Ryan Wilson of CBSSports.com.

Speaking under condition of anonymity to the AP, the law enforcement official says that he is unsure if Miller ever viewed the video. He also indicated that the only communication that he had with the NFL was a voicemail from an unidentified woman who confirmed that the tape had been received.

The official stated that he will not talk to NFL investigators about the case at this time.

In a letter addressed to NFL owners on September 10th, Goodell stated that no one in the league's office had viewed the video and that it "would have been illegal" for law enforcement to have sent the league the video:

"Once a criminal investigation begins, law enforcement authorities do not share investigatory material (such as the videos here) with private parties such as the NFL. In addition, the state's Open Public Records Act excludes material that is generated in the context of an active law enforcement proceeding. The law enforcement agencies did nothing wrong here; they simply followed their customary procedures. As the New Jersey Attorney General's office said yesterday, 'It would have been illegal for law enforcement to provide [the] Rice video to [the] NFL.'"

Goodell also answered why the league hadn't attempted to request the full video from the casino where the incident took place:

"Our understanding of New Jersey law is that the casino is prohibited from turning over material to a third party during a law enforcement proceeding, and that doing so would have subjected individuals to prosecution for interference with a criminal investigation."

Per Goodell's timeline, the league initially requested a copy of the video in February and once again in May after Rice was enrolled in a pretrial diversion program.

If what the unnamed law enforcement official says is true (and Goodell's initial recollection of events is proved false), Goodell could find himself under heavy pressure to resign in the very near future.

We will have more on this breaking story as additional information is made available.