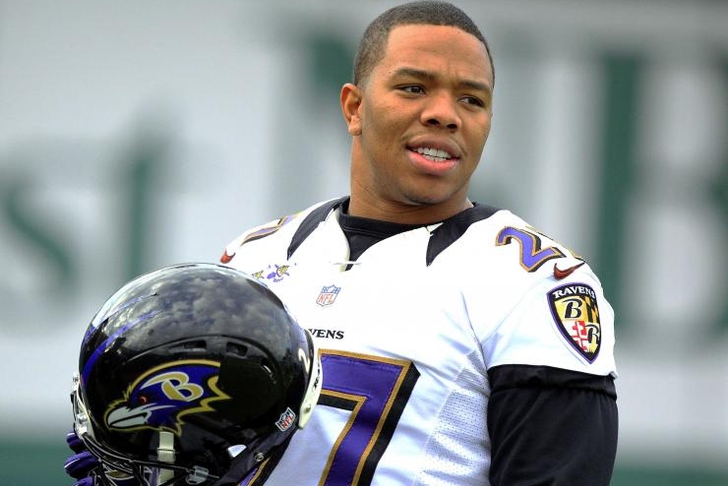 Minutes after the Baltimore Ravens released running back Ray Rice, the NFL announced the player had been suspended indefinitely.

The NFL claims it never saw the video of Rice striking his then-fiancee, Janay Palmer (embedded below), until Monday, and made the decision in light of "new evidence that became available". The video in question was released to police by the hotel, and it was recently obtained by TMZ, who posted it online Monday morning.

Rice had originally been suspended for two games, a penalty that drew widespread criticism for its leniency. The Baltimore Ravens announced on Monday morning that Rice's contract had been terminated, but that they had no further comment at this time.