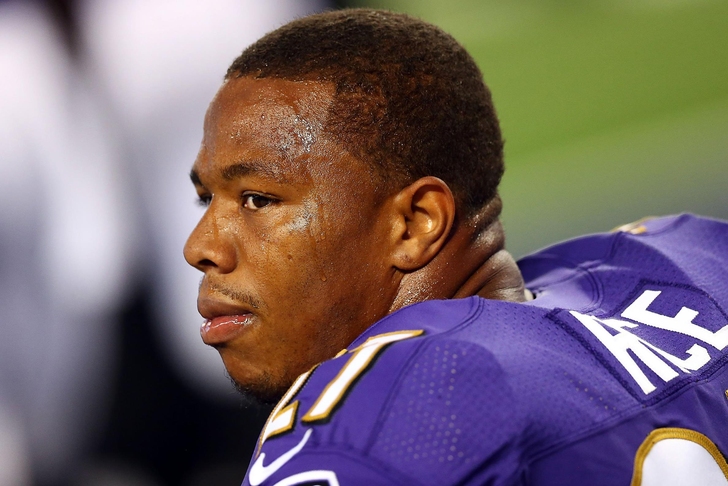 The Baltimore Ravens have just released a statement countering an ESPN report's allegations that the team deliberately mislead the public regarding their knowledge of former running back Ray Rice's assault of his then-fiancee and the subsequent investigation.

"The ESPN.com ‘Outside the Lines’ article contains numerous errors, inaccuracies, false assumptions and, perhaps, misunderstandings. The Ravens will address all of these next week in Baltimore after our trip to Cleveland for Sunday’s game against the Browns."

Released earlier on Friday, the ESPN report indicates that the Ravens knew of the full contents of the surveillance video of Rice's assault just hours after it happened. It also serves to deem numerous public statements by team and league officials to be blatantly false.

In particular, the report mentions a concerted effort spearheaded by Ravens owner Steve Bisciotti to urge the league to go easy on Rice, along with texts promising the now-exiled running back a job once he's "done with football."

The Ravens' brass reportedly had an emergency meeting on Friday, with the contents of the report (and how to handle it) the likely topic.