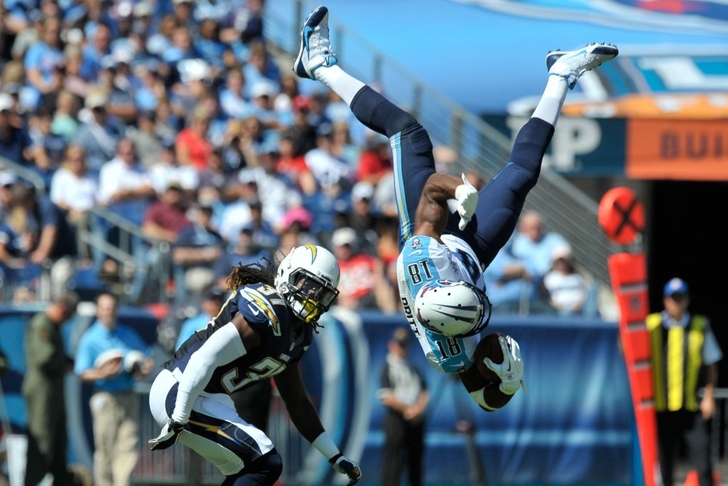 Wide receiver Kenny Britt's career as a Tennessee Titan was a tough lesson in and of itself, after repeated run-ins with the police ended with the Titans giving up on their former featured wideout.

Britt eventually found his way to the Rams -- however, according to Josh Alper of Pro Football Talk, a recent Instagram post by the receiver may land Britt in hot water in St. Louis as well --

A video, brought to our attention by Deadspin, was uploaded to Britt’s Instagram account on Saturday that features a man and woman engaging in sexual activity that’s neither safe for work nor the prying eyes of minor children. Based on the information available in the video, it’s impossible to tell whether the man is Britt even if you’ve spent the whole weekend breaking down tape for expert analysis of the 203rd overall pick of the draft.

Whether the man on the tape is or is not Kenny Britt, the very fact that he would post something of that nature raises several questions about whether his mind is fully engaged in football or not.

The clip contained people over 18 and in a consensual environment, so nothing illegal is afoot.

However, the Rams may look closely at this situation as they assess what they have in the troubled Britt going forward.