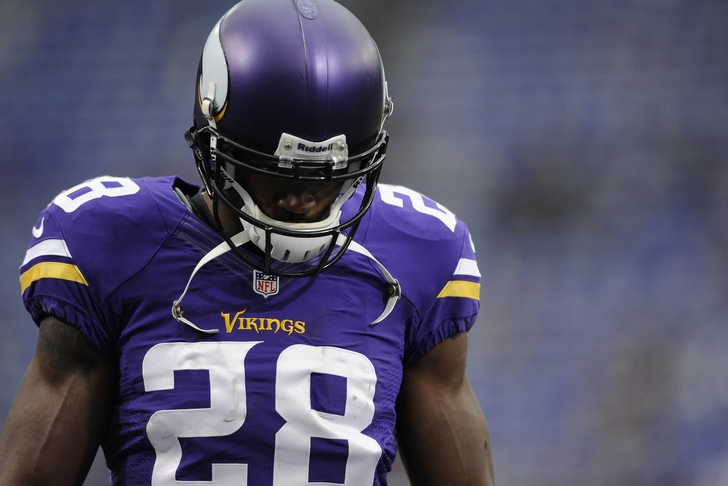 A grand jury has indicted Minnesota Vikings running back Adrian Peterson with reckless or negligent injury to a child, per multiple reports.

According to a police report obtained by Sports Radio 610 in Houston (per CBS Minnesota), "Peterson admitted that he did, in his words, “whoop” one of his children last May while the boy was visiting him in Houston."

After the 4-year-old boy returned to Minnesota, his mother took him to a local doctor. The police report indicates that boy told the doctor that Peterson had hit him with a branch from a tree.

The Houston police report contained these two images of the incident showing "extensive" cuts on the child's body as termed by one medical examiner:

When investigators questioned Peterson about the cuts, he told them that he had adminstered what he felt to be a normal spanking. A grand jury seated earlier this summer had decided not to charge Peterson, but now a second grand jury has stepped in to administer an indictment.

The Minnesota Vikings released a statement on Friday afternoon stating that the team is “in the process of gathering information regarding the legal situation involving Adrian Peterson. At this time, we will defer further questions to Adrian’s attorney Rusty Hardin.”

Hardin is currently out of the country and emailed this statement to reporters.

"Adrian Peterson has been informed that he was indicted by a grand jury in Montgomery County, Texas for Injury to a Child. The charged conduct involves using a switch to spank his son. This indictment follows Adrian's full cooperation with authorities who have been looking into this matter. Adrian is a loving father who used his judgment as a parent to discipline his son. He used the same kind of discipline with his child that he experienced as a child growing up in east Texas. Adrian has never hidden from what happened. He has cooperated fully with authorities and voluntarily testified before the grand jury for several hours. Adrian will address the charges with the same respect and responsiveness he has brought to this inquiry from its beginning. It is important to remember that Adrian never intended to harm his son and deeply regrets the unintentional injury."

Stay tuned to Chat Sports for the latest on this developing story as additional information is made available.