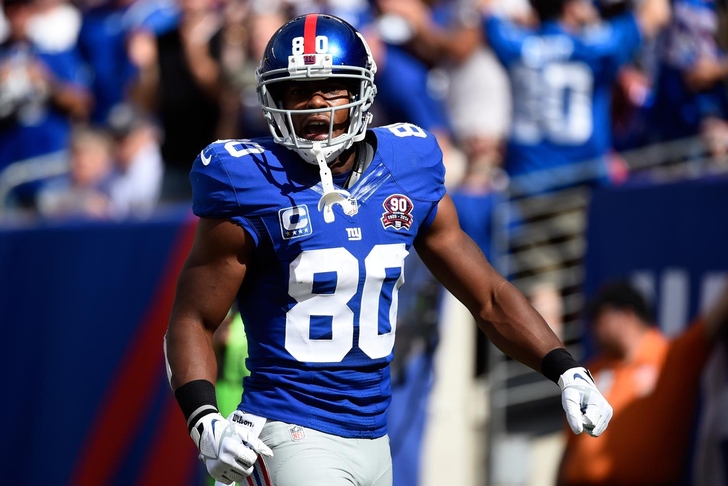 While Twitter mostly showed its true colors with an outpouring of support for Cruz regardless of their team affiliations, Philadelphia radio talk show host Mike Missanelli of 97.5 The Fan decided to take Cruz's catastrophic injury as an opportunity to taunt Giants fans:

Twitter wasn't about to let Missanelli walk away from this one unscathed. They decided to fire back...

As you might expect, Missanelli tried to save his hide by taking down the offending tweet about 40 minutes after posting. He then tried to issue the cop-out to end all cop-outs:

I apologize for the Cruz tweet. I didn't see that he got hurt on the play. Was outside the stadium and saw he dropped it walking to my car — Mike Missanelli (@MikeMiss975) October 13, 2014

I just saw on big screen outside stadium that he dropped the pass. Didn't see that he got hurt on play. My bad.

@MikeMiss975 So you said he was "over" because he dropped a pass? Cool story bro.

Someone's gonna have a nice-and-early meeting with his bosses on Monday morning.