Patrick Peterson: Richard Sherman is overrated, not a "shutdown corner" 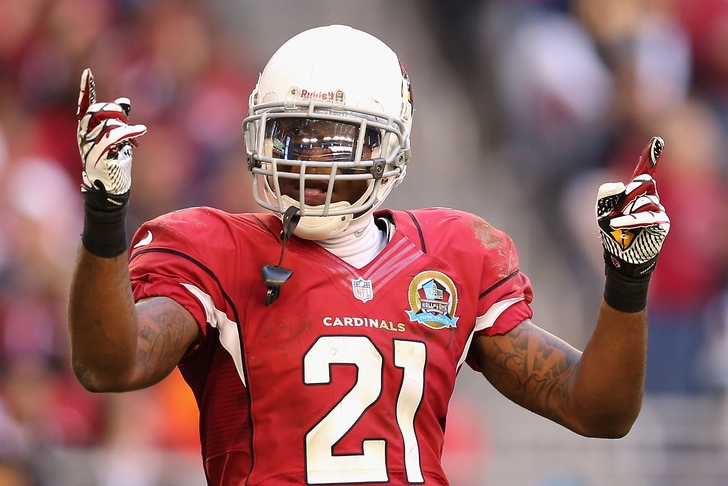 When superstar cornerback Richard Sherman signed his $57.4 million extension to remain with the Super Bowl champion Seattle Seahawks, Arizona Cardinals defensive back Patrick Peterson was happy to hear about it.

He wasn't happy for Sherman, mind you, but for what he thinks it will mean for his bank account down the road.

Because, in Peterson's mind, he's worth a lot more than Sherman on the field: “[Y]ou put [Sherman] in our system, I don’t believe he would last,” Peterson stated to Arizona Sports 98.7 FM, via Mike Florio of Pro Football Talk.  “Obviously, his job is much easier than mine.”

When pressed on what he meant by that, Peterson didn't mince words:

“I believe if you put him in our system, I don’t think he’d be able to last, honestly, because I’m asked to do much more than he is.”

Peterson still has two years left on his current deal with the Arizona Cardinals, so the chances of him securing that big money extension right now is slim to none.

However, if he can back up his claims on the field (especially against Sherman's Seahawks), he might be on to something an offseason or two from now.

Stay up-to-date on all the latest in NFL news. Head over to our NFL page and click follow today.