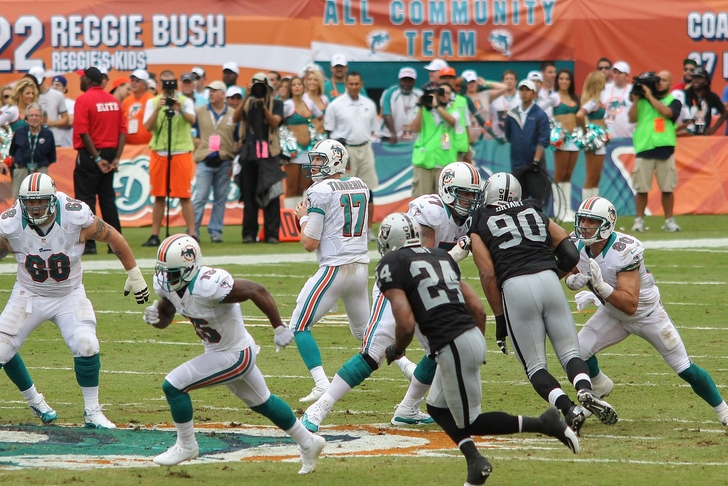 Whether or not Oakland Raiders head coach Dennis Allen is about to be fired, has been fired, or is going to stick around for awhile, he (and defensive coordinator Jason Tarver) at least deserves his own Internet meme for this next defensive play call.

During Sunday's 38-14 thrashing at the hands of the Miami Dolphins, Miami dialed up a bunch formation with three wide receivers to the right of QB Ryan Tannehill.

The Raiders? They decided to go all WWE handicap match on this one, leaving just one defender to cover all three wideouts: You can argue that the safety was there to help, but that's still three on two at the very best - not exactly the best odds you can set up for yourself.

The Dolphins went ahead 10-7 on thanks to a Mike Wallace touchdown catch on that play because...of course they did.

Thanks to Redditor kigoleog for the pic.

On Sunday, The Bears And The Packers Did Something We Hadn't Seen Since 1992