Oakland Raiders In Talks To Relocate To San Antonio 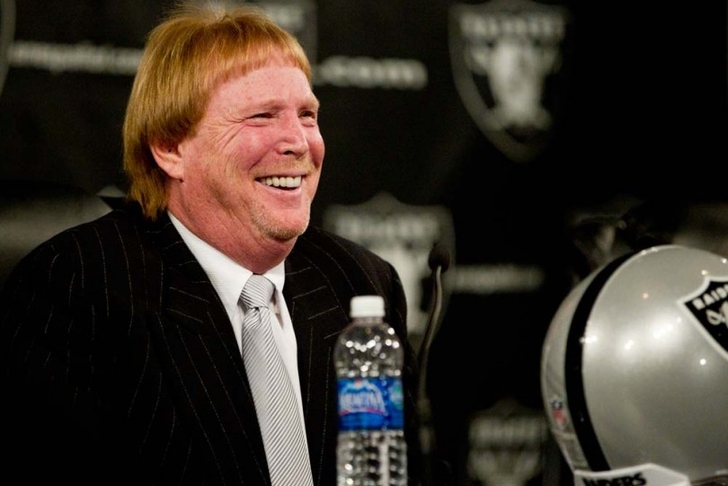 According to MySanAntonio.com, Oakland Raiders owner Mark Davis has met with several San Antonio officials to discuss the possibility of moving the team to Texas.

The meeting, which took place on July 18th, reportedly saw Davis and two top Raiders officials meet with the city's mayor, Julian Castro (who was since sworn in as Secretary of Housing and Urban Development) as well as other city officials and members of the San Antonio Chamber of Commerce.

The Raiders' lease at the Oakland Coliseum expires at the end of the 2014-15 season, and Davis is described as "serious" about the possibility of moving the team to Texas.

The MySanAntonio.com article reports that Davis took in a full tour of San Antonio, and the meeting had been in the works for "at least a couple months".

Davis would reportedly use the 65,000-seat Alamodome as a temporary home for the Raiders, and a new stadium would be built shortly after the move. Davis doesn't want a "Jerry Jones-type facility", and instead would look to build a more "intimate" stadium.

While the meeting between Davis and San Antonio is only a preliminary one and a decision is still far away, it sounds like the possibility of the Raiders leaving Oakland in the near future is very real.