No Canada For "Ochocinco" Due To Assault Charge? 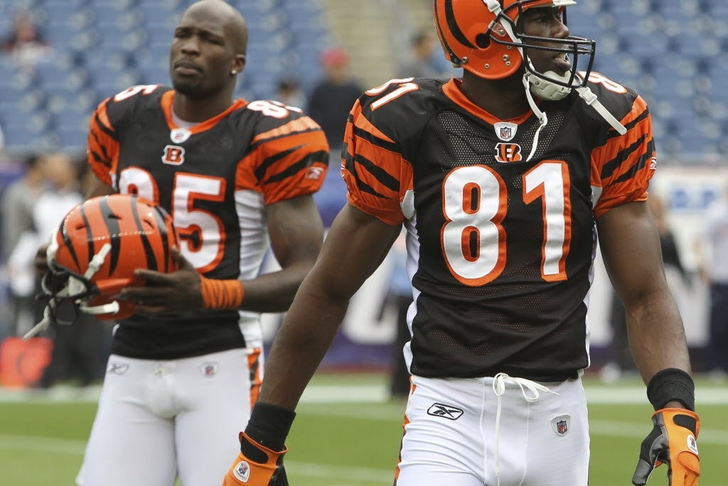 Chad Johnson as a member of the Arena Football League?

It's looking like the former "Ochocinco" will have a better chance playing in the AFL than the Canadian Football League, due to a 2012 no-contest plea after being arrested allegedly assaulting his wife.

Per Mike Florio of Pro Football Talk, "according to Jason La Canfora of CBS, the Montreal Alouettes continue to wait for word on whether Johnson will be given the appropriate permit to work in Canada.  The team could get final word within the next 7-10 days."

If the permit is denied, Chad Johnson will not be allowed to play in Canada.

Johnson hasn't played a professional football game in two years. His last game was as a member of the Patriots in Super Bowl XLVI.

As Florio points out, "people with criminal records routinely are blocked from securing permission to work in Canada.  Johnson could circumvent the banishment by proving that he has been rehabilitated, among other potential exceptions."

Johnson to the San Jose SaberCats? It could happen.