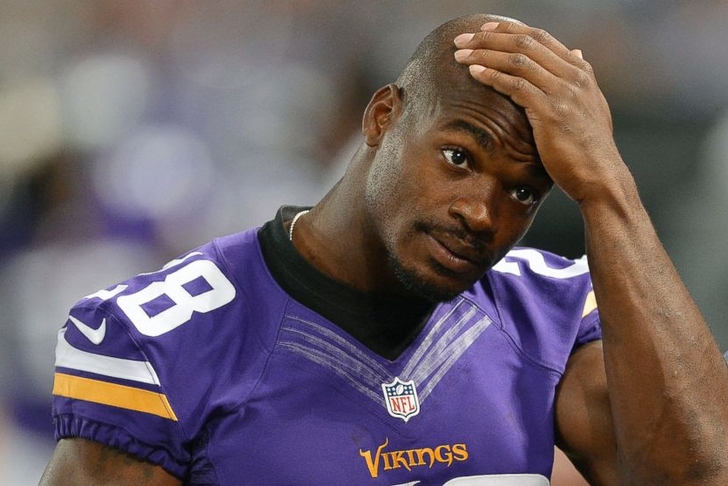 According to the AP's Jon Krawczynski, Nike stores in the Twin Cities area are no longer selling Adrian Peterson merchandise:

You can still purchase Adrian Peterson jerseys on http://t.co/IDkNU3IiyG. The Associated Press is seeking comment from Nike.

This news comes the day after new child abuse claims were leveled at Peterson, with allegations that he left a permanent scar on the face of another four-year-old son. Peterson claims the facial injury was not intentional, and the child hit his head on a car seat.

Radisson Hotels have suspended their endorsement deal with the Vikings in the wake of the second allegation, and more sponsors are reportedly monitoring the situation closely.