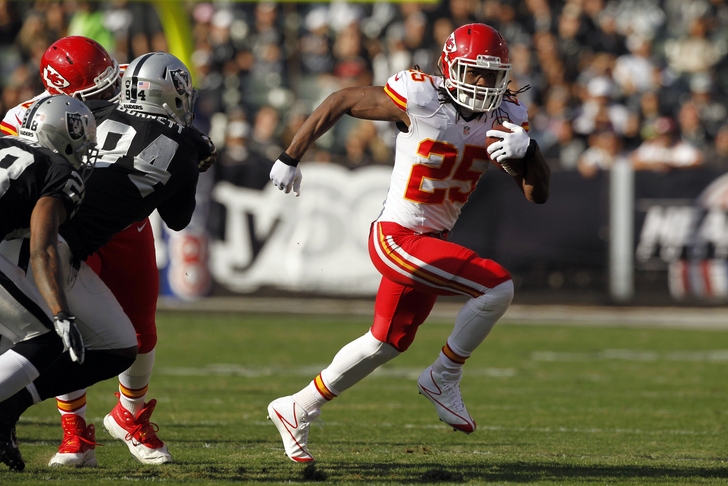 There are two weeks left until the NFL playoffs, and just four teams have clinched playoff spots. That leaves 15 teams competing for the final six spots, with 13 teams having been eliminated.

It was an impressive performance for our experts last week, with everyone but Al putting up at least a .500 record. (Sorry Al.)

As far as the season standings go, it’s a two-man race for the title.

Let’s get to this week’s picks, with all lines courtesy of Vegasinsider.com.

Everyone but Al thinks the Dolphins will continue their three game winning streak against the Thad Lewis-led Bills. The Dolphins need to keep winning if they hope to make the playoffs.

It’s a split decision from our panel, as the Browns are getting two and a half points on the road. The Jets are 5-2 at home this year, but are led by the turnover-prone Geno Smith.

Everyone except Derick sees the Panthers extracting revenge against a Saints team that defeated them 31-13 in Week 14. The Saints have struggled away from the Superdome, with all four of their losses coming on the road.

Derick is the only dissenter in this matchup, picking a Vikings team that is coming off an upset win over the Eagles. The Bengals were manhandled by the Steelers last week, and will be without punter Kevin huber because of a crushing and illegal hit.

There might be more in-fighting in the Redskins organization than there is in Congress. All of our experts are picking a Cowboys team that is fighting for a playoff berth. Speaking of my beloved Cowboys, their unique ability to produce come-from-ahead losses in new and painful ways each week is the reason for my drinking problem.

Even a double-digit spread isn’t enough for any of our experts to pick a Texans team in free fall, over an angry Denver team coming off a surprise loss to the Chargers. Evil Peyton Manning is the pick this week.

The only matchup this week between two teams that have clinched playoff berths. These two teams could easily meet again in the Wild Card Round and our panel is split.

The Jaguars are 4-2 since their bye. Seriously. That’s probably a bad thing for the Jaguars, who were the leaders in the ‘Tank for Teddy’ sweepstakes for the first half of the year. The majority of our experts are taking the points this week.

The Rams are coming off an upset win over the Saints, while the Buccaneers are saving Greg Schiano’s job by winning four of their last six games. Justin nailed that Rams upset last week, and is rolling with them again this week.

The Lions have lost four of their last five games but are going up against Eli Manning, the league leader in interceptions.

Seattle hasn’t lost at home since week 16 in 2011. The majority of our experts think the Seahawks will cover, while Derick thinks the Cardinals will keep it close.

Vegas expects a close game this week, and our experts are split. This should be one of the better games of the week.

Pittsburgh at Green Bay (Off Board)

This game is off the board, as no one knows if Aaron Rodgers will play. It is not often a game is pulled off the board, but it is the second time this year the Packers have had it happen.

San Diego is coming off an upset win over the Broncos, but a 10-point spread is too much for Derick and Justin. However, the Chargers are a desperate team playing at home and fighting for playoff berth.

Justin still has faith in an Eagles team that was upset by the Vikings last week. Both teams are fighting for a playoff berth, but if the Cowboys beat the Redskins, this game will mean nothing for the Eagles as the NFC East will be decided in Week 17 for the third straight year.

Atlanta has struggled for much of the year, but a 12-point spread is too much for half of our panel.

Justin: The Top 10 Bo Jackson Plays of All Time