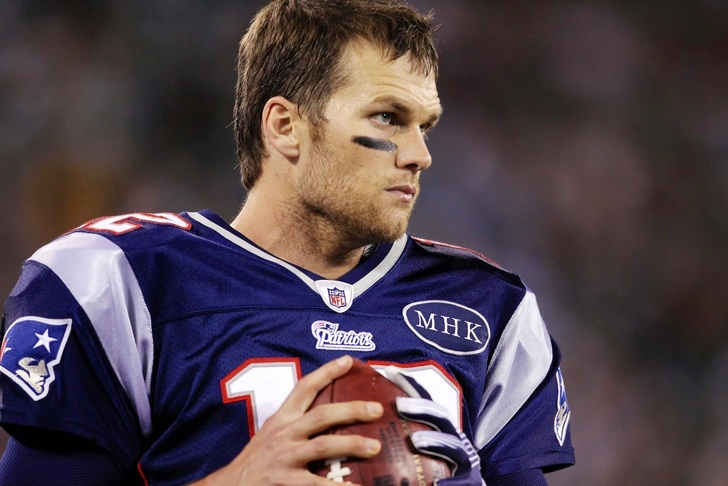 With three weeks left to go in the regular season, the NFC is starting to see some separation between the haves and the Rodgers-less Packers of the world.

The AFC? It's like watching the current NBA Eastern Conference, with more Geno Smith interceptions and so many tiebreakers that the Raiders...yes, my beloved 4-9 Raiders...are still mathematically alive for the sixth spot.

With all this being said, and with the fact that every last one of our experts finished 9-7 last week, let's take a look at our current experts' standings through four weeks of prayers and "is Tampa Bay actually half-kinda-sorta decents????"

So, let's get to the best bets for your gambling dollar (all lines courtesy of vegasinsider.com)

A giant line means a split panel for NFL Network's Thursday showcase. However, if evil Peyton Manning makes an appearance and Philip Rivers starts playing catch with the Denver secondary, it could be a long night for the Bolts.

A lower line than expected by the Bay. With Matt McGloin most likely holding the starting job for the remainder of the year in Oakland, the Raiders will look to bounce back from "pee-gate" against the Chiefs. However...none of us really see that happening against a Chiefs team which seemed to have righted the ship last week.

Who would have thought in the beginning of the year that these teams would have a combined six victories with three games left? Kirk Cousins gets one vote out of our panel, but the rest of us see Atlanta winning this battle of attrition.

The Josh McCown/Jay Cutler QB controversy is actually not turning out to be much of a controversy, with Jay Cutler sliding in to face the Browns by the river. Josh McCown--enjoy your 2014 pay day...you've earned it.

Tennessee is literally the hardest team to bet for/against in all of the NFL. The Arizona defense and a rejuvenated Carson Palmer is enough to get the Cards a consensus pick in a crucial game for their playoff lives.

Has there ever been a case of a team shamelessly tanking as much as the 2013 Houston Texans? I mean...really? It'll probably land them Bridgewater, and it'll get the AFC South champions another victory.

St. Louis and Tavon Austin can be very tricky at home. However, the Saints are the shortlist of Super Bowl favorites, and are built to annihilate teams on astroturf/fieldturf/not grass.

With Miami picking up a huge heart-stopping victory in Pittsburgh last week to stay above the muck in the AFC, Tom thinks they'll at least go down to the wire with the Pats. The rest of us? We expect Brady to have a Brady game, and do his very best to laugh in the face of mathematics and somehow complete 117% of his passes.

After somehow finding a way to survive and thrive in a blizzard against Detroit at home, the majority of our experts think the Eagles will be comfy and cozy in the confines of the Metrodome against an Adrian Peterson-less, but still game Vikings squad.

A frontrunner for MVP in Russell Wilson against netherworld Eli Manning and his bag of interceptions at the Meadowlands. Moving right along.

After an 0-8 start, the Bucs are running away from the Clowney/Bridgewater sweepstakes, going 4-1 in the last five. Is Greg Schiano's job safe? Are the Bucs now halfway-good? DOES ANYONE KNOW HOW TO BET ON THIS TEAM???

Speaking of teams that were written off too soon as tankers, ladies and gentleman...your 2013 Jacksonville Jaguars! After getting their first home win of the year, along with winning their third straight under the fiery and suddenly beloved Gus Bradley, the majority of our panel sees them extending that win streak to four against the rudderless Bills.

It doesn't appear that Vegas is buying into Rex Ryan's squad as a legitimate threat at the sixth spot, eh? This line is pretty dang high for a Carolina team that can go ground and pound at any moment, so our panel is split.

No Aaron Rodgers. Matt Flynn in front of 100,000 plus screaming Cowboy faithful? No thanks.

If there was ever a year for Cincinnati to take the big leap, it would be this year, with the AFC seemingly full of fatal flaws and a glut of mediocre teams. A majority of our panel sees them winning in Pittsburgh and establishing themselves even more so as a major contender.

The up-and-down Lions currently hold the tiebreaker edge over the Bears for the NFC North title. After the snow job in Philly, this game becomes all the more crucial against another "what mask will they wear today" team in the defending Super Bowl champions.