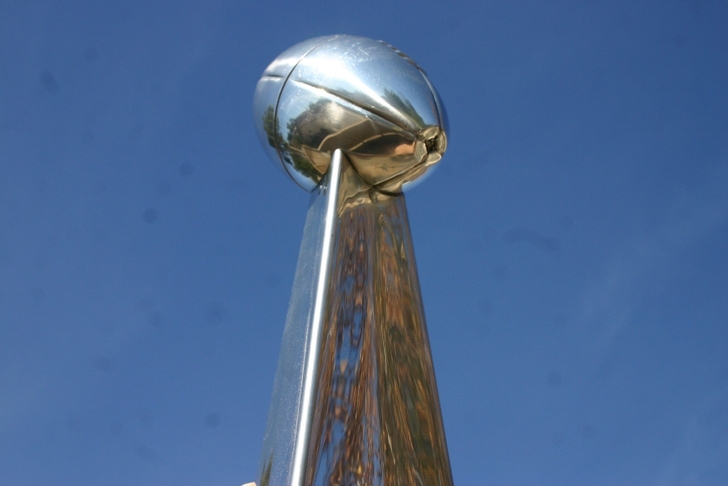 The NFL is already starting to hype up next year's Super Bowl, which will be held at the University of Phoenix Stadium in Glendale, AZ. The official Super Bowl Twitter account posted this picture on Wednesday evening, teasing the new-look Super Bowl logo: