NFL To Play Five Games In London Next Year 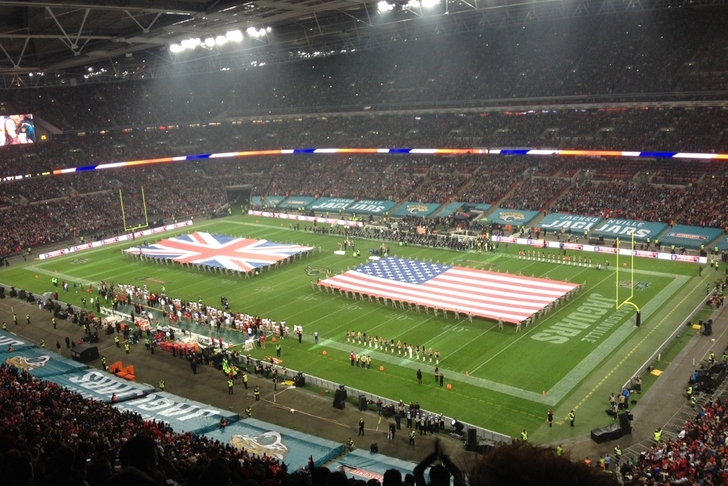 According to the London Daily Mail, the NFL will play five games in London next season, which is a two-game increase from the three games the league is playing there this year.

The NFL is expected to make an official announcement on the additional London games sometime soon.

Last month, the Miami Dolphins beat the Oakland Raiders 38-14 in London. The Atlanta Falcons and Detroit Lions are playing this weekend, and next month the Jacksonville Jaguars and Dallas Cowboys will make the trip across the Atlantic.

All three of this season's games in Wembley Stadium have sold out.

Last week, the British treasury chief, George Osborne, said the British Government wants an NFL team based in London and will do whatever it can "to make this happen."