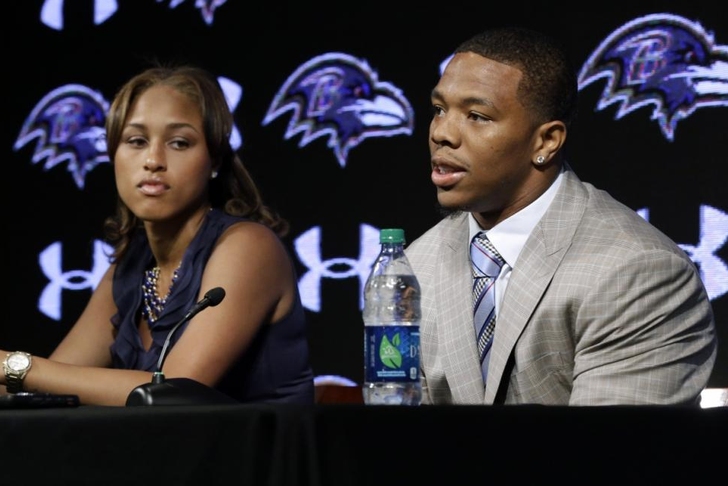 The Ray Rice situation in Baltimore took a disturbing turn on Monday morning when TMZ released footage of the Ravens running back knocking out Janay Palmer (then his girlfriend, now his wife), in an Atlantic City elevator.

No one can agree on whether or not the NFL saw the footage before deciding on Rice's two-game suspension, but there seems to be a unanimous feeling that the video will force the NFL to take more decisive - and meaningful - action.

You can see the video here, if you haven't already.

Dan Wetzel of Yahoo! Sports tweeted that he's been texting with several league officials since the video came out, and and they've predicted the Ravens have no choice but to cut their starting running back.

Txt'ing with team officials around NFL, they predict Ravens will cut Ray Rice. "Have to." Not sure anyone would pick him up.

As of 12:46 ET on Monday afternoon, the Ravens and the NFL have not addressed the new video.