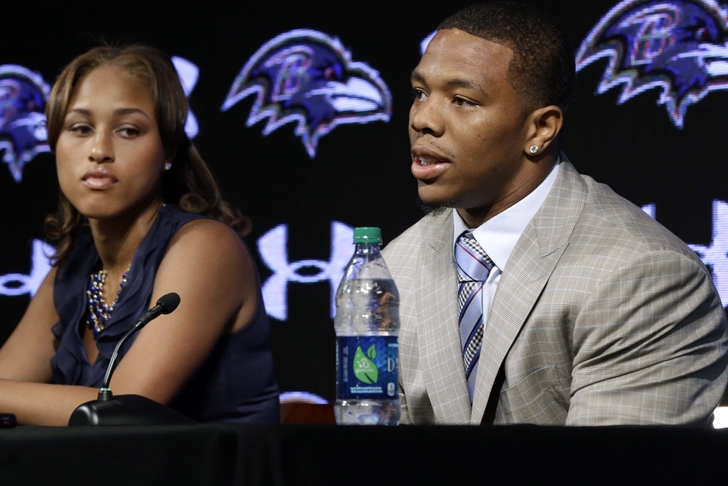 Per Josh Alper of NBC's Pro Football Talk, "during that meeting, she told Goodell that she believed she was partially to blame for being punched in the face and knocked unconscious inside an elevator at the Revel Hotel and Casino in Atlantic City. According to a report from Kevin Clark of the Wall Street Journal, Goodell then went on to give Rice the nearly universally reviled penalty out of respect for his wife."

Clark also reports that an unnamed NFL owner said that Goodell told him and other owners around the league that a harsher punishment would have been "insensitive" to Mrs. Rice "because it would have come across as an indictment of her character." That same owner, along with another source, believe that the universally-panned two-game suspension "reflected Goodell's discomfort" with making a decision that went against her account of the events.

Also per the unnamed owner, Goodell also indicated to him that he believed Mrs. Rice had fallen during a scuffle between the couple, becoming unconscious as a result. This runs in direct opposition to the police report from the incident, which is a confusing bit of dissonance considering that Goodell had originally stated that the work of local law enforcement had guided the league in its initial handling of the issue.

This will likely be taken into account as former FBI director Robert S. Mueller III conducts an independent investigation into the league's handling of the Ray Rice case - an investigation that could end up uncovering the league as mishandling and misrepresenting evidence surrounding the case.