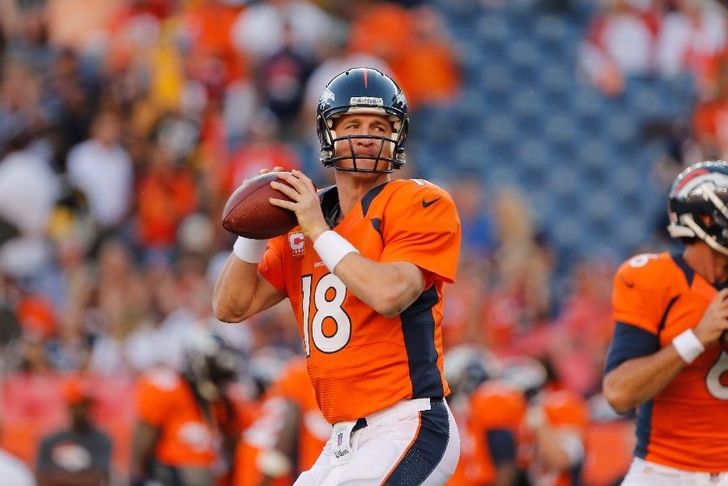 The NFL is investigating Denver Broncos QB Peyton Manning's visit to the University of Alabama, with concerns that the visit violated the league's collective bargaining agreement.

The NFL's collective bargaining agreement forbids players from meeting with coaches before teams begin offseason workout programs, and the visit took place weeks before the 2014 start date of April 21.

Gase coached under Saban at Michigan State and LSU before departing for the NFL, while Manning attended rival Tennessee. While at Tennessee, he once conducted the school band in a rendition of 'Rocky Top' after engineering a win over Alabama that saw him pass for 300 yards and three touchdowns.

Manning has also visited Tennessee in past offseasons, and made trips to Oklahoma and Oklahoma State this year - the Alabama visit is the only potential violation because Gase was there as well. As the issue is restricted to the NFL's rules, Alabama would not face any penalties or consequences.