NFL Injury Alert: Redskins' RGIII Could Be Done For The Year 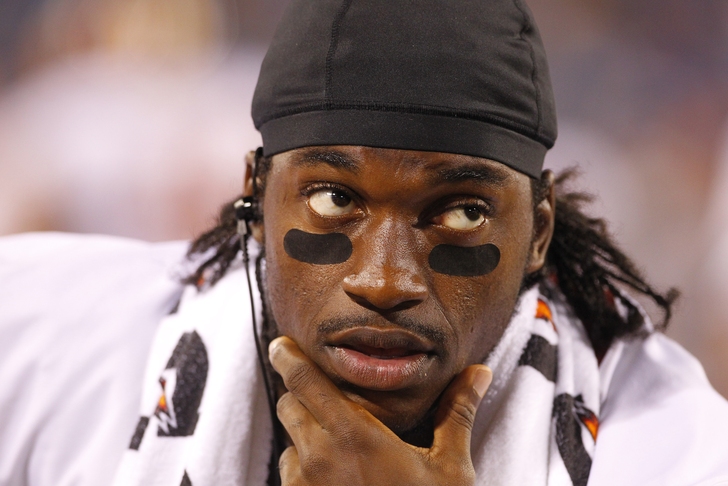 The Redskins may have lost their franchise quarterback to another devastating injury on Sunday.

RGIII has dislocated left ankle. These generally occur with fracture so I think he is done for year.

RGIII left the game in the first quarter with what appeared to be an ankle injury.

After undergoing further tests, Washington now fears RGIII has dislocated his ankle and his season now hangs in the balance.

Dr. Mark Adickes, who previously played in the NFL and now works as an orthopedic surgeon, agrees, speculating this type of injury could also result in a fracture to the ankle.

If that were the case, RGIII is looking at a lengthy recovery time.