NFL Hot Seat Index: Which Coaches Could Get Fired? 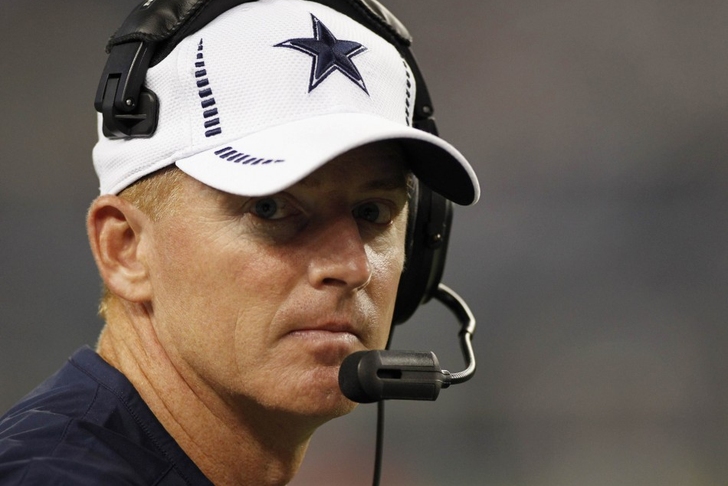 With two weeks left in the NFL season, there are quite a few coaches fighting for their jobs. With that in mind, we've graded each NFL coach on our hot seat scale:

Secure: Nothing to worry about in the foreseeable future

Questionable: Doing okay, but things could change in a hurry

Getting Warmer: Don't get blown out or lose to Houston

Here's the rating for every NFL coach:

Arians came in with low expectations, but has the Cardinals 9-5 and very much in the NFC playoff picture. Barring an unprecedented collapse next season, he'll be around for a while.

Smith's Falcons are one of the NFL's biggest disappointments. Expected to make the playoffs, they're 4-10 and looking ahead to the draft. Still, this is Smith's first losing season in Atlanta after going 56-24 in his first five. Despite Atlanta's terrible year, he probably won't be going anywhere soon.

Harbaugh is less than a season removed from a Super Bowl win. Even though Baltimore hasn't defended their crown well, Harbaugh isn't in any danger.

Marrone's Bills are 5-9, which is pretty much exactly where they were expected to be at this point. In his first year as an NFL head coach, he's earned more time to turn Buffalo into a contender.

Riverboat Ron's Panthers started the season 1-3, but have won nine of their last ten since. With his team on course for a playoff appearance, Rivera won't be going anywhere.

The NFL's latest Canadian import has the Bears in the driver's seat in the NFC North, and he's persevered through Chicago's injury problems this season. He'll be around for a while.

The Bengals have had their problems, with inexplicable losses to Cleveland and two back-to-back overtime losses to Miami and Baltimore. Still, the Bengals are 9-5 and leading their division, and Lewis has no reason to be looking over his shoulder.

Chudzinski was riding high after a 3-2 start that (briefly) saw Cleveland on top of the AFC North, but he's crashed back to earth and is now trying to snap a five-game losing streak. He'll probably get another year in Cleveland, but after this year's collapse he'll be on a very short leash.

Jerry Jones can dodge the question all he wants - Garrett is on the hot seat. A catastrophic meltdown in Green Bay puts the Cowboys in danger of missing the playoffs for the fourth straight year, and that just won't cut it for America's team. With two divisional games left against Washington and Philadelphia, Garrett has zero room for error.

Things have cooled off after Denver's blistering start, but the Broncos are among the AFC elite. Fox will be around in Denver for as long as his health permits.

Schwartz successfully turned Detroit into a playoff team just three years after the Matt Millen era, which earned him some major karma with the Lions organization. Still, the Lions have regressed, and are just 11-18 since their playoff season in 2011. Schwartz is well-liked in Detroit, but he'll have to deliver results in the very near future.

Few teams have dealt with more injuries this year than Mike McCarthy's Packers, but they're still somehow alive in the NFC playoff hunt. McCarthy has earned the respect he commands in NFL coaching circles, and has no job security concerns.

The Texas are currently in the hunt for a coach after firing Gary Kubiak, and have reportedly reached out to both Lovie Smith and Penn State's Bill O'Brien to fill their vacancy.

The Colts have locked down a playoff spot already, and continue to impress as they develop a young core of players around star QB Andrew Luck. Pagano's job is as secure as it gets.

Bradley has won over players and fans after Jacksonville's nightmare start to the season, and while the 4-9 Jags won't make this year's playoffs, their impressive turnaround (they're 4-2 since their bye week after an 0-8 start) has secured his job for at least another season.

The Chiefs dropped three straight after a 9-0 start, but they've rebounded nicely with huge wins over the Redskins and the Raiders. It's easy to forget that this team was 2-14 last year, and Reid is a massive reason for that turnaround.

Philbin's handling of the Richie Incognito - Jonathan Martin situation raised some concerns about his control over Miami's locker room, but he's done a good job keeping things normal in Miami despite that situation. With a big win over New England on Sunday, the Dolphins are 8-6 and poised for a playoff run, something no one expected going into the season. If nothing new comes out of the Incognito investigation, Philbin's job will be safe for some time.

Frazier's Vikings haven't exactly set the world on fire - they're 4-9-1 in a mess of a division, and that's even worse when you look at a cushy schedule that includes the NFC East and the AFC North. Frazier has last year's surprising playoff run to support his case, but his remaining job security will evaporate with consecutive losses to end the year. Stay tuned.

The Patriots are having a down year and have been absolutely ravaged by injuries, but they're somehow 10-4 and will probably win the AFC East. Unless it turns out that he was getting rid of evidence for Aaron Hernandez, Belichick has zero concerns about job security.

Payton's resume (Super Bowl win, three division championships, Coach of the Year award) gives him plenty of room for error, and he hasn't been making many. The Saints are 4-0 in their division and 10-4 on the year.

We heard plenty of whispers about Coughlin's job security when the Giants were 0-6, but five wins in their last eight games have quieted the doubters. Despite a demoralizing shutout loss to the Seattle Seahawks last weekend, Coughlin is in no immediate danger.

Everyone thought the Jets were headed for oblivion this season, but Rex Ryan wasn't interested. While his job security was rumored to be in question earlier on in the season, he's earned at least another season or two to develop his young roster.

Allen was supposed to have plenty of room for error this year, but then he raised everyone's expectations early on and flamed out as the season progressed. The Raiders looked listless and uninterested during Sunday's blowout loss to the Chiefs, and repeat performances in Oakland's last two games will mean Allen goes the way of Lane Kiffin. And Tom Cable. And Hue Jackson. And...you get the point.

Kelly's Eagles somehow find themselves on top of the bizarre soap opera known as the AFC East, and they might win it just by virtue of being the least dysfunctional team in the division. Despite some questionable defense, the Eagles are always entertaining and found the surprise of the year in quarterback Nick Foles. Philadelphia fans are notoriously hard to please, but there's a lot to like about what Kelly's shown in his first year in the NFL.

Despite Pittsburgh's turnaround after a terrible start to the season, things don't look good for Tomlin's long-term job security. Pittsburgh has done progressively worse each year since their 2010 Super Bowl appearance, and while Tomlin won't be fired yet, a playoff appearance won't be optional in 2014.

McCoy's Chargers are a gambler's worst nightmare - capable of stunning performances (last Thursday against Denver, for example) and inexplicable incompetence (they've lost to Houston, Oakland, and Washington...let that sink in), no one knows which team is going to show up until they take the field. McCoy shouldn't worry about his immediate job security, but things will need to stabilize next year if he wants to be the long-term guy in San Diego.

Despite being linked with a variety of college and pro jobs, Harbaugh isn't going anywhere any time soon. He'll be the guy in San Francisco for as long as he wants to be.

Carroll has done an impressive job in Seattle so far, and the Seahawks are a team on the rise. Like Harbaugh with the rival 49ers, he'll be around for as long as he wants.

The Rams have coped remarkably well after Sam Bradford's season-ending injury, and full credit goes to Fisher for rallying the troops. Expectations will be higher next season, but he can cross that bridge when he comes to it.

Schiano's seat has cooled after Tampa's abysmal start to the year, and he may have earned another season after being left for dead when the Bucs were 0-8. If he is retained for next season, he'll be on a short leash.

The Titans have managed to stay competitive despite injuries to key players, and at 5-9 they're doing just about how everyone thought they would. Munchak is well-liked by players, but will be evaluated after the season. With his contract ending after 2014, he'd be a lame duck next year, and it sounds as though the Titans are leaning toward letting him go after the season.

It's hard to tell who has the leverage in Shanahan's bizarre standoff with Redskins management - they'd fire him in a heartbeat if it wouldn't cost them so much money, but it feels like they're just crazy enough to keep him around if the team returns to form next season. If Washington were a remotely normal franchise run by sane, competent people, Shanahan would be on the hot seat. Since it's Washington, your guess is as good as ours.

Status: Driving a Truck Full of Lava Through Death Valley in July