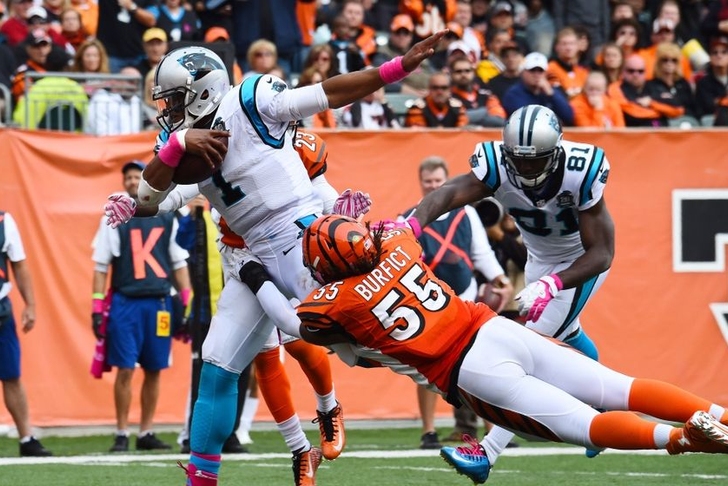 Cincinnati Bengals linebacker Vontaze Burfict has been fined $25,000 by the NFL for twisting the ankles of Carolina Panthers quarterback Cam Newton and tight end Greg Olsen during their game on Sunday.

Burfict has also been warned by the NFL that he's considered a repeat offender, meaning that he's subject to escalating discipline and any future incidents will result in him being summoned to the league office.

Olsen was vocal about his displeasure with Burfict earlier this week, claiming that the punishment should be severe.

"Punishment needs to go beyond a fine," Olsen said. "Guys like that don't learn from that stuff. He's been fined a hundred times for headhunting, and he did it to Kelvin [Benjamin] again. You watch the film; that's just what he is. At some point, if the NFL wants to really say they care about guys' safety, they've got to start putting guys out for weeks. Me and Cam are lucky we aren't out for weeks, or Kelvin isn't out for weeks. If you're going to start putting guys on other teams out, then the ramifications need to equal that."

Panthers head coach Ron Rivera sent tapes to the NFL on Tuesday of the alleged incidents.