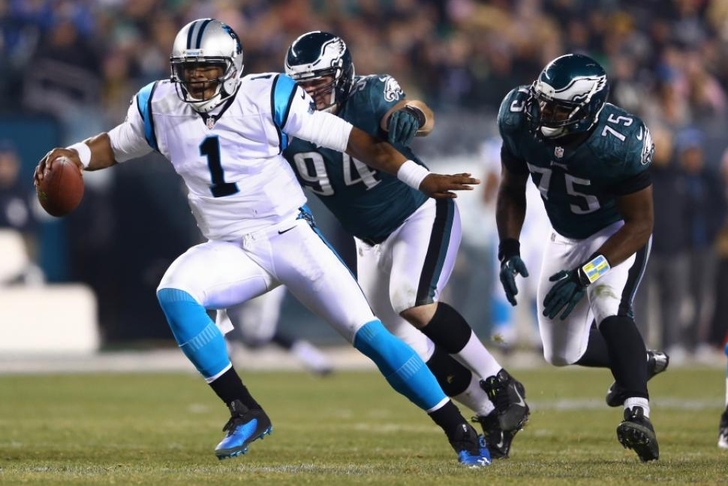 The Eagles and the Panthers are two very different teams right now, but both badly need a win on Monday Night Football.

Philadelphia comes in with more momentum after beating J.J. Watt and the Texans last week, but the loss of QB Nick Foles to a broken collarbone casts a real shadow over their offense. With Mark Sanchez stepping into the starting role, the Eagles will be hoping he can avoid mistakes against Carolina's defense.

While the defense in Carolina hasn't been up to its usual standard so far this season, the personnel from last year's group is still largely intact. Star LB Luke Kuechly is one of the best players at his position at dropping into coverage, and Sanchez will have to careful not to let him read plays too easily.

On offense, the Panthers have been heavily reliant on rookie WR Kelvin Benjamin and veteran TE Greg Olsen. Benjamin, an absolute monster out of Florida State, has a real chance at winning offensive rookie of the year honors. Despite getting covered heavily by every team the Panthers have played, Benjamin has 40 catches for 589 yards and 5 TDs so far on the year. Olsen is right there with him with 45 catches for 539 yards and 5 scores.

While the Eagles will have their hands full with Benjamin and Olsen, they'll have their own matchup to take advantage of on offense. Running back LeSean McCoy is listed as questionable after sitting out practice with an illness this week, but he should be on track to start. Carolina's defense is giving up 131.9 rushing yards per game (good for 26th in the NFL), and since McCoy, Darren Sproles and the Eagles offensive line have put together the league's 8th-best rushing attack through eight games...well, the Panthers have their work cut out for them.

Monday's game will likely hinge on those two battles - Kelvin Benjamin against the Eagles secondary and LeSean McCoy against the Panthers front seven. Chip Kelly has enough trust in Mark Sanchez to call a few passing plays, but he's smart enough to play to his strengths when the matchups demand it.

With a healthy Nick Foles, we'd be confident in picking the Eagles by 10, but having Sanchez under center changes things up dramatically. Philadelphia's increased emphasis on the run game will slow this down and keep the offenses from making too much headway, but since both these teams create chances on turnovers, we don't see it being a low-scoring snoozer. Eagles 27, Panthers 24