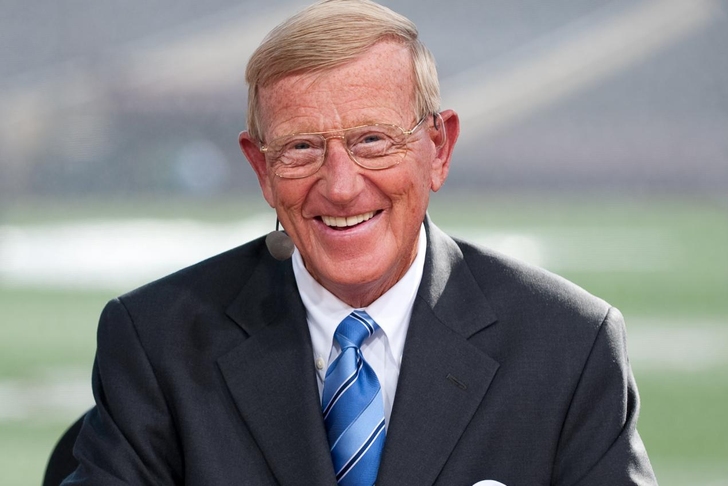 Legendary coach and ESPN mainstay Lou Holtz will be calling it a broadcast career at the end of the upcoming college football season.

Holtz told 247 Sports' Notre Dame site that he'll be retiring once this season ends, and that he hopes to spend some time on the putting green once his time in the broadcast booth is up:

“I’d like to practice my golf a little more. I’ve been everywhere except to bed. I’ve spoken to everybody except my wife. Somebody said, ‘Do you ever go anywhere where people don’t recognize you?’ I said home. I owe it to her to spend a little more time with her. I said that last year too.”

Holtz, 77, has considered retirement before, but this time it appears his decision is final.

“I’d like to leave when people say, ‘Why are you leaving?’ not ‘When are you leaving?’” he said. “This is my fifth last year. They usually talk me into it. ESPN is a great organization to work for. We’ve been together nine years now. That’s unusual. They’re like my family. I love them. We enjoy it. There comes a time where you need to step aside and let the younger people do it.”

Holtz won the Paul 'Bear' Bryant Award twice as the top college coach in the nation - once with Arkansas, and once with Notre Dame. He also won the 1988 National Championship with the Fighting Irish, and was inducted into the College Football Hall of Fame in 2008.