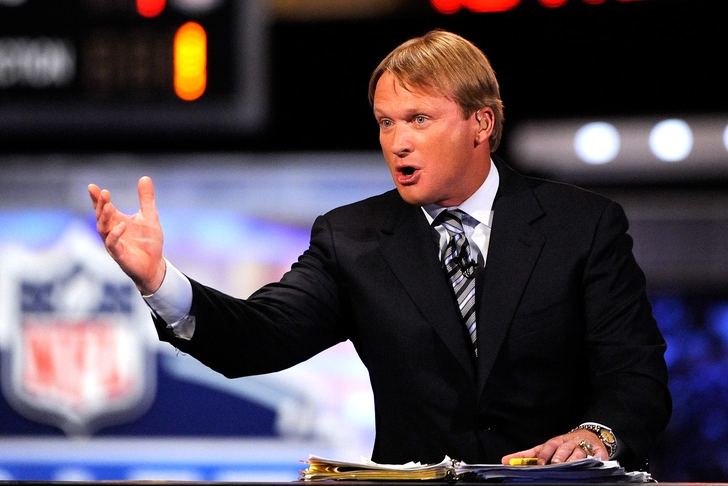 ESPN Monday Night Football and NFL analyst Jon Gruden will be staying with on television after signing a new contract that will keep him out of coaching until 2021, ESPN announced during Monday night's game between the Chicago Bears and New Orleans Saints.

Gruden, who coached the Oakland Raiders from 1998-2001 and the Tampa Bay Buccaneers from 2002-2008, was rumored to be a candidate for several projected head coach openings around the NFL this offseason, most notably the San Francisco 49ers, Miami Dolphins, and Raiders.

He was 38-26 during his four years with Oakland, leading them to two consecutive AFC West titles in his last two years at the helm.

Gruden then went to Tampa Bay, where he won Super Bowl XXXVII over the Raiders in his first season. He finished his time with the Buccaneers with a 57-55 record, but never won a playoff game after winning the Super Bowl.

Gruden was hired by ESPN in 2009 to serve as the color analyst for Monday Night Football, and has since seen his role expanded to include Gruden's QB Camp, among numerous others responsibilities.